The question recently rooted in the back of my mind as our parent newspaper, daily Hürriyet, launched a series of interviews with prominent figures from Turkish society to rediscover the shared values of the Turkish people, who have long been suffering from political, social and ethnic divisions.

The Turkish Language Institute's (TDK) definition of the word "dirty" has drawn a sharp rebuke in Turkey, with the TDK accused of using a sexist description.

Explaining the meaning of the word "dirty," the TDK gave the example of a "[woman] who is menstruating."

The heat in the debate over main opposition Republican People's Party (CHP) leader Kemal K?l?çdaro?lu's criticism against Turkey's family minister has been turned up, with K?l?çdaro?lu firing back at President Recep Tayyip Erdo?an over his use of the word "pervert." 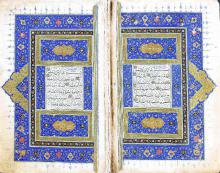 Following two auctions of Islamic and Indian art in April and October 2015, Bonhams auction house will organize another auction of Islamic and Indian art in London on April 19, featuring exceptional items in several categories. The 315-lot sale includes pieces of outstanding quality in glassware and ceramics, calligraphy and miniature painting, sculpture, bronze, carpets and textiles.

Jonathan David is a Computer Engineering and Theoretical Physics graduate – and he reckons he’s just saved himself over 14,000 Euros. Last year David changed his name to ‘Raven Felix Null’ – and since many IT systems can’t register ‘Null’ as a name, he’s finding he can bypass paying for things like hotel bills and car rentals.

The 46-year-old pop star joined the late night host James Corden for a Carpool Karaoke session. During their drive around the host grilled JLo about insuring her famous booty and her famous ex-boyfriends.

But the highlight was definitely when he took JLo’s phone and sent Leonardo DiCaprio a message without the singer’s permission.

A man in the northwestern province of Kocaeli, who allegedly shot dead his cancer patient son with the latter's consent, was arrested on March 29.

The incident occurred in the Erenler neighborhood of the ?zmit district, with the man identified only as Salim B. allegedly shooting his 23-year-old son, who was suffering from colon cancer. 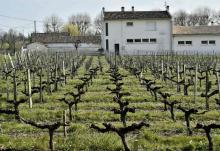 The last few years have been a rocky road for the French wine industry.

Despite France's reputation for producing the world's best wine, the country has lost out to both Italy and Spain in exports for the last eight years.

As part of the 52nd Week of Libraries celebration, Goethe-Institut Istanbul will organize an exhibit displaying the "Finest German Books 2015" collection.

According to a written statement made by the institute, the 25-book collection is the result of a long-running contest that is organized in Germany by the Foundation of Book Arts every year.