Russian Foreign Minister Sergey Lavrov on Wednesday congratulated his Greek counterpart Nikos Dendias on the occasion of the anniversary of the start of the Greek War of Independence, stressing the importance of bilateral relations on international and regional issues. 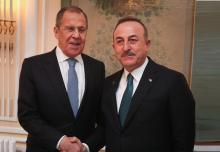 Turkish and Russian delegations are set to meet in Moscow on February 17 amid escalated tension in the Syrian province of Idlib where the Turkish and Syrian military forces pit against each other with concerns of fresh armed conflicts between the two.

Russian-Turkish memorandum on Syria is being implemented with all its terms, Russian Foreign Minister Sergey Lavrov said on Tuesday.

At a meeting with the Bulgarian community in Moscow, Deputy Prime Minister and Foreign Minister Ekaterina Zaharieva expressed her hope that Bulgarian students in Russia would soon be eligible for part-time work and internships.

In Moscow, the first diplomats of Bulgaria and Russia noted the success in developing the dialogue between the two countries this year and last year and the high-level contacts that have taken place. Ekaterina Zaharieva made an official visit to the Russian capital at the invitation of Sergey Lavrov. 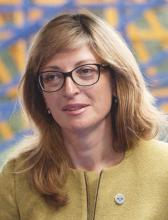 Today, Deputy Prime Minister Ekaterina Zaharieva and her delegation are meeting with Russian Foreign Minister Sergey Lavrov. Later in the day, our foreign minister will also meet with the Bulgarian community in Moscow.

Russian delegation should have attended the UN General Assembly in New York.
Lavrov said that Russia should not put up with such insolence.
"We have already got used to the United States' lack of manners, we will respond accordingly," the first man of Russian diplomacy noted.
Lavrov explained that Moscow would find a way to respond adequately, Sputnik reported.