Ljubljana – The Information Commission has not established any irregularities in the police’s access to the personal data of a number of politicians, including party and deputy group leaders, the newspaper Dnevnik reported on Saturday.

Policing. The use of the word alone makes understanding difficult.

Ljubljana – The police has a new classification of jobs, which its leadership says adjusts the organisation of work to new security challenges, while a trade union criticises it for bringing more paperwork and introducing more managerial or well-paid jobs. It is also bothered by the National Bureau of Investigation (NBI) reporting to the criminal police head.

The local community of the central Greek town of Volos is reeling after the alleged rape of a 15-year-old disabled girl by a 30-year-old man whom she had met on a social networking site.

A livestock breeder in Kilkis, northern Greece has been remanded in custody and slapped with a 30,000-euro fine after shooting and killing a fellow farmer's dog with a hunting rifle.

He was arrested after a complaint was filed by the dog's owner.

According to initial reports, he claimed that the dog was bothering his herd.

That is another blow for the police in charge of guarding the Congress, because one police officer died during the riots last Wednesday, writes the New York Post.
It is Howard Liebengood (51), who died on Saturday while he was not on duty, the police announced. 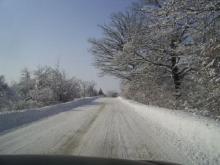 Due to the expected cold spell in the coming days, the Road Police warns the car drivers to be careful, BNR reported.

Interior Ministry teams will watch out for breaches and cautions drivers that traffic may be difficult on some roads.

The road policing officers explained that drivers need to be careful tonight because sharp weather change is expected. 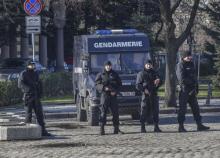 Some of the officers in the newly established police directorate for task operations and counterterrorism will take part in special training programs focused on shooting, checking and buildings' securing skills as well as on detaining terrorists and releasing hostages.

The head of the EU's crime-fighting agency says perpetrators are spending more time online due to the various lockdowns across Europe. Catherine de Bolle called the development "an ongoing danger."

Cases of online child sex abuse are up this year owing to the coronavirus pandemic, the head of the EU's crime agency said on Monday.