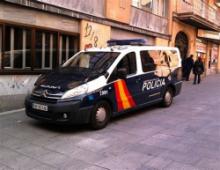 Spanish police have detained a 38-year-old Bulgarian suspected of murder in an attempt to rape a woman in Berlin, the prosecutor's office in the German capital said.

The Swedish Academy said yesterday it would postpone this year's Nobel Literature Prize for the first time in almost 70 years, as it is rocked by turmoil over links to a man accused of rape and sexual assault.

(CNN) - Tens of thousands of protesters returned to the streets of Pamplona in Spain on Saturday after men accused of the gang rape of an 18-year-old woman at the 2016 running of the bulls festival were convicted of the lesser crime of sexual abuse.

The rape and murder of an eight-year-old girl has sparked outcry in India, with human rights activists demanding justice for the victim.

An unknown man raped a woman during a match in Sweden. The crime was committed at the "Tele2" stadium in Stockholm on Sunday.

Police have released the identities and photos of the four men who were arrested last week in Pieria, northern Greece, over the repeated rape of a 16-year-old girl.

According to police, the girl, who is the daughter of one of the men, had been raped repeatedly since the age of 6.

Oxford University professor and government adviser Tariq Ramadan has been detained for questioning months after two women filed rape charges against him, according to a legal source.

Every third woman in the EU has been the victim of violence in some form. This shows an analysis of Eurostat.

There are fears that most perpetrators of rape and sexual abuse in Greece go unpunished as a dearth of medical examiners means only a fraction of cases of sexual assault are officially reported.

According to the General Secretariat for Gender Equality, around 5,000 rapes occur in the country every year. But only about 150 are certified by a medical examiner.

The first man-free music event organized in response to sexual offences at concerts in Sweden will be held at the end of next summer. Tickets will be available in just two weeks, according to an announcement ironically released on International Men's Day, reported RT.