BELGRADE - The governments of Serbia and Slovenia will hold a joint session at Brdo pri Kranju on Thursday to discuss joint projects, possibilities for investments, the situation in the region and continuation of the dialogue on division of the property of the former Yugoslavia. 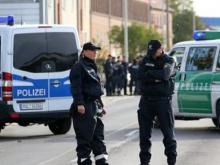 A Bulgarian citizen was apprehended in Germany for involvement in a trafficking group. This was done during a police operation in Berlin, Bremen, North Rhine-Westphalia and Saxony, BNT reported. 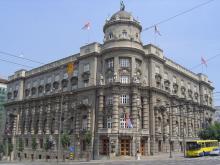 The governments of Serbia and Slovenia will hold a joint session in Slovenia on Thursday, the Serbian government announced on Monday.

The two cabinets will discuss joint projects, possibilities for investments, the situation in the region and continuation of the dialogue on division of the property of the former Yugoslavia.

24 percent would vote "no," shows a new poll, conducted in late December by the Ministry of European Integration.

The survey showed that 12 percent of Serbian citizens would not vote at all or did not know what to answer.

The survey involved 1,050 respondents over 18 years of age and was created according to the Eurobarometer standard, the ministry announced on Tuesday.

BELGRADE - Japanese PM Shinzo Abe said Monday he was very pleased to be visiting Serbia for the first time, adding that the country was key to regional stability.

Greece, Cyprus and Israel are the United States' three most dependable allies in the Eastern Mediterranean and form the front line of defense for significant American interests, at a time when relations between Washington and Turkey are particularly tense, says American Hellenic Institute (AHI) president Nick Larigakis.

A court in Athens agreed on Jan. 5 to review the Greek government's request to stay a ruling that granted asylum to a former Turkish serviceman who had fled to Greece in a military helicopter after a failed coup in Turkey in July 2016.

39.2% of Bulgarians could not keep their homes warm, according to a Eurostat survey for 2016. By this indicator, the country is in the worst position in the EU because the largest share of its population fails to secure its heating in the cold months of the year. For comparison, on average, 8.7% of citizens in the EU can not afford normal heating. 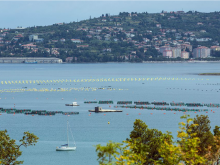 The dispute between Croatia and Slovenia over the Piran Gulf risks going up another notch after Croatian police offered to accompany Croatian fishermen in the waters of the Piran Gulf and ward off any Slovenian attempts to issue them with penalty notices.

The two former Yugoslav republics are locked in an unresolved dispute over the waters off the Istrian peninsula, which both claim.

Croatian Minister of Foreign and European Affairs Marija Pejcinovic-Buric says the border line with Slovenia was established in 1991.

She was speaking in the context of the international arbitration ruling in the maritime border dispute with Slovenia that Croatia rejects, and Slovenia intends to implement.