The National Anti-corruption Directorate (DNA) announced on Thursday that 48 defendants have been convicted in April in corruption cases.

AFP - The European Parliament votes Wednesday on a highly complex online copyright law that has split natural political bedfellows and pitted music and news companies against Google and Facebook.

EU lawmakers are divided on the issue even within their usual ideological camps, and a jamboree of lobbying around the Strasbourg session has underscored divisions in the creative community.

China on July 12 said foreign firms operating in China would suffer in a trade war, urging U.S. companies to lobby their government to protect their interests, and said no talks to end the impasse were currently under way.

On 12 June 2018, negotiators from the three institutions continued their discussions on strengthening the EU Transparency Register.

Tanjug is reporting this on Tuesday, citing Council of Europe's anti-corruption body.

Serbia has not implemented in a satisfactory manner any of the thirteen recommendations provided by the Council of Europe's anti-corruption body GRECO (Group of States against Corruption) to the country in July 2015, states a new compliance report published on Thursday.

President Donald Trump’s former national security adviser, Michael Flynn, who was fired from his prominent White House job last month, has registered with the Justice Department as a foreign agent for $530,000 worth of lobbying work before Election Day that may have aided the Turkish government. 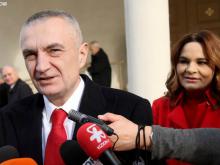 The Socialist Movement for Integration, LSI, - a partner party in Albania's coalition government - has signed an agreement with McKeon Group, which BIRN has seen, showing that the party will pay the company 15,0oo US dollars per month for six months, specifically to obain invitations for LSI leaders to attend the inauguration of new US President Donald Trump, on January 20, and organize meeting

Giovanni Kessler, the head of EU anti-fraud authority OLAF, has had his immunity from prosecution lifted, EU authorities have confirmed.

He is to be inquired by Belgian authorities in relation to a lobbying scandal dating back to 2012 in which he is suspected of involvement for unlawfully recording a phone conversations.

BELGRADE - Lobbying is a legitimate activity which Serbia needs to regulate through laws or some form of a register, Serbian Minister without portfolio in charge of European integration Jadranka Joksimovic stated.