From July 31 to Monday, August 5, a state of emergency was declared in the Northern Bulgarian region of Silistra because of a confirmed case of African Swine Fever in a pig-breeding farm in the village of Popina. The Regional Food Safety Directorate will organize a 12-hour inspection at slaughterhouses in Dulovo, Tutrakan, and Sitovo in the area.

Prices of Bulgarian kolbasi (meat products) go up. Prices have jumped by 10-15% since January. This is indicated by the manufacturers' data. And the forecasts are that prices will continue to go up until the end of the year.

The reason for this is the increase in raw meat used in production by nearly 35%. Its price will continue to grow in the European market in the coming months.

The Regional Food Safety Directorate in Vidin received a signal of a a pig with African swine fever in a private property. The necessary samples have been taken and the results are now expected.

Chicken meat production in Turkey fell by 3.3% year-on-year in May, the country's statistical authority announced on July 12. 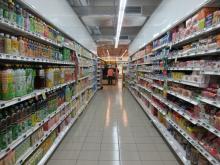 The Bulgarian Food Safety Agency (BFSA) will carry out extra inspections across the country ahead of Easter and St. George's Day holidays, said the Agency.

Our country ranks at the bottom of the EU by the amount of fruit and vegetables consumed, according to data from Eurostat's analysis of the consumption of these products in the EU countries in 2017.

Only about 37 percent of Bulgarians consume fruits every day, and 45 percent of our compatriots eat vegetables on a daily basis, according to European statistics.

The European Union has produced 15.2 million tonnes of poultry meat in 2018, a new historic highlight. This represents a cumulative increase of about a quarter or 3.2 million tonnes since 2010, Eurostat data show.

Poland has exported a total of 2,700 kilograms of suspicious beef to several European countries, which is currently withdrawing from the markets, Econ.bg reports. 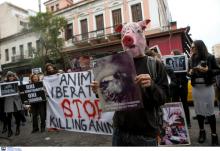 Activists demonstrated outside the Varvakeios fish and meat market in downtown Athens on Saturday to protest the slaughter of animals. The demo was organized by the animal rights group Direct Action Everywhere and began at nearby Monastiraki Square. [InTime News]

A South Korean city court has outlawed the killing of dogs for meat, in a potentially landmark ruling that animal rights activists said Thursday could pave the way for making canine eating illegal.

The meat has long been a part of South Korean cuisine, with about one million dogs believed to be eaten annually.