Republicans say that Trump has done nothing to be blamed for

Former US President Donald Trump spoke on the occasion of the decision of the Congress.
He stated that the transfer of power after January 20 will be in accordance with the regulations.

On Wednesday, January 6, Vice President Mike Pence will preside over a meeting of the Senate ratifying the election of Joe Biden as the next president of the United States, with 306 electoral votes to Donald Trump's 232. Until these elections, this meeting was a mere formality on the path between the November 3 vote and the inauguration on January 20.

With mounting desperation, Donald Trump declared he would "fight like hell" to hold on to the presidency and appealed to Republican lawmakers to reverse his election loss to Joe Biden when they convene this week to confirm the Electoral College vote. 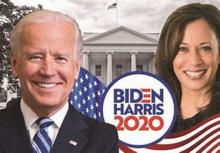 Vice President Mike Pence will publicly receive the coronavirus vaccine on Friday, and President-elect Joe Biden is expected get vaccinated as soon as next week, amid concern that many Americans may refuse the injection.

The Electoral College decisively confirmed Joe Biden on Dec. 14 as the nation's next president, ratifying his November victory in an authoritative state-by-state repudiation of President Donald Trump's refusal to concede he had lost.

Electors in Arizona confirmed that 11 votes went to Biden, Pennsylvania gave 20, Nevada 6, Vermont 3, while Tennessee gave Trump 11.
Electors from the federal state of Washington cast their 12 votes to Biden.
Electors from Rhode Island and Virginia cast the votes to Trump. 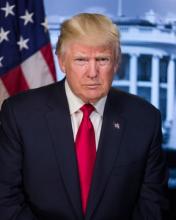 Donald Trump has moved a step closer to conceding the US election after saying he will leave the White House if the Electoral College formalizes Joe Biden's victory at the polls.

But he insisted such a decision would be a "mistake," as he spent his Thanksgiving renewing baseless claims that "massive fraud" and crooked officials caused his election defeat.