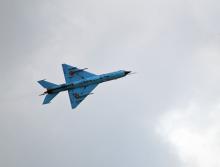 A MiG-29 fighter jet crashed during a training flight in Slovakia. The pilot was able to catapult and survive, according to the Department of Defense. The incident happened in the western part of the country.

The Defense Ministry said that the Serbian military gets its biggest donations from Russia, following Blic writings about USA being its major donor (based on data on donations between 2014 and 2018).

NATO member Bulgaria has reached a deal with the United States to buy eight new F-16 fighter jets for its air force at a price of $1.256 billion, it said on Wednesday, reports Yahoo News.

The Balkan country, which is also a member of the European Union, is looking to replace its ageing Soviet-made MiG-29s and improve compliance with NATO standards.

"It's been 20 years since NATO's aggression on one sovereign country, which was not guided only by bombs from the air, it was done almost by any means - political, media," the president told RTS on Tuesday.

A delegation of the Serbian Ministry of Defense, led by Minister Aleksandar Vulin, attended on Monday a takeover ceremony in Baranovichy, Belarus.

The Bulgarian government has approved a plan to start talks with the United States on buying eight new F-16 fighter jets to replace its ageing Soviet-made MiG-29s and improve compliance with NATO standards, the defence minister said on Wednesday. 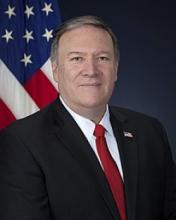 U.S. Secretary of State Mike Pompeo said the United States would continue to strengthen security relations with Bulgaria, according to a statement issued by the State Department on Wednesday.

In June 2018 Bulgarian Parliament approved a plan to spend around $2 billion on its Air Force modernization. It planned to purchase 16 fighter jets to replace its existing air fleet of MiG-29s.

"A new F-16 is a much better aircraft than all the others available," Bulgarian Prime Minister Boiko Borissov said on December 14.

The Atlantic Council of Bulgaria has issued an opinion stating our country should purchase the U.S. F-16 as a new type of fighter for the Bulgarian Air Force, and adding that the government should adhere to the common practice in NATO member states - to acquire the average number of 16 aircraft per squadron, not as planned in two times of 8, learned BulgarianMilitary.com.

At today's regular meeting, the Council of Ministers of the Republic of Bulgaria has approved the investment costs of the projects for the repair of the old Soviet aircraft MiG-29 and Su-25, providing additional BGN 46 million for the first and BGN 82 510 000 million for the Su-25s, learned BulgarianMilitary.com.