Former Prime Minister, Social Democrat Zoran Milanovic was elected President in a runoff election on January 5, beating the incumbent conservative Kolinda Grabar-Kitarovic with 52.7 percent to 47.3 percent of votes.
Constitutional Court President Miroslav Separovic said on that occasion that it was paramount for the court to stick to what he had sworn to do.

Centre-left former Prime Minister Zoran Milanovic was sworn in as president of Croatia on Tuesday, six weeks after he defeated incumbent conservative Kolinda Grabar-Kitarovic in a run-off election. 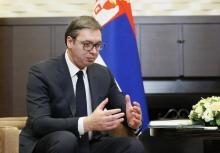 Vucic added that "few world statesmen" called Serbia and Serbs "a handful of misery", as the newly elected Croatian President Zoran Milanovic once did.
Asked what he expects in relations between Serbia and Croatia, Vucic said that Serbia would be delighted to welcome any improvement in relations towards the Serbs in Croatia.

Former Prime Minister Zoran Milanovic won the presidential election in Croatia, according to official results based on counted ballots from almost all polling stations.

Zoran Milanovic won the second round of the presidential election in Croatia on Sunday, according to preliminary results, after nearly 100 per cent of votes were counted.

Security experts across Europe are mulling the potential risks and consequences of the return of jihadi fighters from the (now defeated) 'Islamic State'. In some corners of the Balkans, and indeed the wider continent, there are fears that their return might lead to greater radicalisation and (in)security problems at home.

BELGRADE - US Ambassador to Serbia Kyle Scott said Thursday Washington's Ambassador to the UN Nikki Haley had had a "positive and open" conversation with Serbian counterpart Milan Milanovic at the UN's New York headquarters.

According to media reports, Haley and Milanovic talked about a solution for the Kosovo issue. 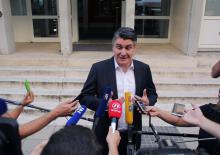 Former Croatian Prime Minister and former leader of the SDP party Zoran Milanovic is offering his services as a consultant to Pristina and Tirana.

According to media reports, Milanovic wants to help them in the process of EU integration.

BELGRADE - Social Democratic Party of Croatia leader Zoran Milanovic should speak for himself when making public statements, US Ambassador to Serbia Kyle Scott said Friday, adding that all countries in the region should be looking to the future, not the past. 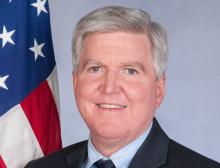 BELGRADE - Social Democratic Party of Croatia leader Zoran Milanovic should speak for himself when making public statements, US Ambassador to Serbia Kyle Scott said Friday, adding that all countries in the region should be looking to the future, not the past.