The A-10 is being kept on one condition, though: it is no longer designated to fly over heavily defended battlefields 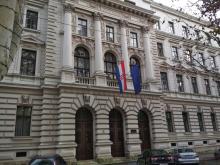 Zagreb County Court on Monday acquitted former Yugoslav People's Army, JNA colonel Vladimir Davidovic of the shelling of the northern Croatian city of Varazdin in September 1991 after retrying him in absentia.

Police said on Friday that they have arrested an unnamed 50-year-old former Serbian paramilitary fighter and charged him with committing a war crime in a settlement near Vukovar in eastern Croatia, two months before the fall of the besieged town.

Turkey, which hosts the largest number of Syrian refugees, deserves more support, while UNICEF is supporting education activities for Syrian children in Turkey, UNICEF Representative to Turkey Regina De Dominicis said on the 10th anniversary of the start of the Syrian civil war.

The United States launched airstrikes in Syria on Feb. 25, targeting facilities near the Iraqi border used by Iranian-backed militia groups. The Pentagon said the strikes were retaliation for a rocket attack in Iraq earlier this month that killed one civilian contractor and wounded a U.S. service member and other coalition troops.

The Croatian State Attorney's Office in the city of Osijek said on Wednesday that it has indicted a former member of Serb paramilitary forces for involvement in the torture and murder of a minor after the occupation of the town of Vukovar in November 1991.

The unnamed suspect, a 70-year-old citizen of Croatia and Canada, is being held in custody due to the risk that he might flee.

A volley of rockets targeting an airbase in Iraq's Kurdistan region killed a foreign civilian contractor and wounded five others, the U.S.-led coalition said.

The attack late on Feb. 15 was the first time in nearly two months that Western military or diplomatic installations have been targeted in Iraq, after a string of similar incidents.

The A-10 is being kept on one condition, though: it is no longer designated to fly over heavily defended battlefields 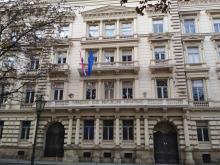 The Croatian Supreme Court announced on Wednesday that it has confirmed the verdict sentencing former Croatian Army soldier Josip Mrsic to three years in prison for committing war crimes against civilians during 1993 'Medak Pocket' operation in southern Croatia.

The construction of the Turkish-Russian joint monitoring center will be completed in two weeks, Azerbaijani President Ilham Aliyev said on Dec. 31.