Brussels – EU foreign ministers were clear as they met in Brussels on Monday that any aggresion by Russia against Ukraine will have political consequences and a high economic cost, said EU foreign policy chief Josep Borrell, while Slovenian FM Anže Logar added that there was a general awareness of the gravity of the situation.

International donors agreed to release $280 million in aid to Afghanistan, the World Bank has said, after repeated warnings that more than half the population face "acute" food shortages this winter.

The United States on Dec. 4 led a group of Western nations and allies in condemnation of the Taliban over the "summary killings" of former members of the Afghan security forces reported by rights groups, demanding quick investigations.

National Geographic magazine's famed green-eyed "Afghan Girl" has arrived in Italy as part of the West's evacuation of Afghans following the Taliban takeover of the country, the Italian government said on Nov. 25.

Iraq's Prime Minister Mustafa al-Kadhimi survived an assassination attempt with armed drones that targeted his residence early on Nov. 7 and officials said he was unharmed. The attack was a major escalation amid tensions sparked by the refusal of Iran-backed militias to accept last month's parliamentary election results.

Nearly 470,000 Syrian have returned to their countries and more of them will go back when the conditions become ripe for their return, Foreign Minister Mevlüt Çavuşoğlu has said.

A total of 100,000 euros will be allocated after Montenegro pledged financial support during a UN meeting on September 13.

A Taliban military commander was killed when his men responded to an ISIL suicide bomb and gun attack on a hospital in the Afghan capital, officials said on Nov. 3.

The Taliban spent 20 years waging an insurgency against the ousted U.S.-backed government before seizing control of Kabul in August. 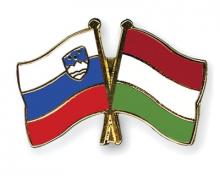 Nova Gorica – A monument to Hungarian soldiers killed in the Battles of the Isonzo was unveiled on Tuesday in a site above Nova Gorica, close to where some of the worst fighting of WWI took place.