Menda Stoyanova, Chair of the parliamentary budget committee, has suggested that Bulgaria is unlikely to be penalized by the European Commission over the budget deficit exceeding 3% as it is a one-off case.

Wages in developed countries are flatlining and even falling in some places, holding down economic growth after the financial crisis and increasing the risk of deflation, the International Labour Organization said Friday.

The government has decided to raise minimum wage by BGN 40, increase pension age by four months and keep health and pension insurance contributions unchanged next year.

Vasil Velev, Chair of the Bulgarian Industrial Capital Association (BICA), has pointed out that all associations of employers adamantly oppose the proposal for an increase in the minimum wage.

Exclusion of worker representatives from minimum wage setting process as well as the government's overlooking the problem... 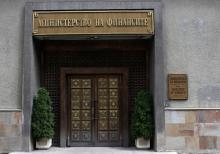 Finance Minister Vladislav Goranov on Sunday backtracked on plans to freeze the minimum wage at its 2014 level in the next year's budget.

Ivaylo Kalfin, Minister of Labor and Social Policy, has argued that an increase in the monthly minimum wage will give a boost to the economy. 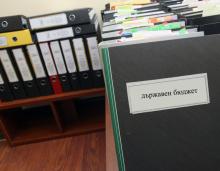 Keeping the minimum wage at its 2014 levels and slashing money for salaries in the administration by 10 percent are among the core points of next year's draft budget published on the Finance Ministry's website.

The latter move is related to a process of "optimization" that state structures are expected to undergo in 2014. 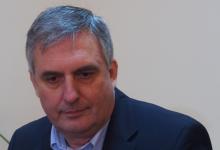 Social Minister and Deputy PM for social policy Ivaylo Kalfin has announced he will join trade unions' calls and insist on increasing the minimum wage by BGN 40.

Kalfin declared Tuesday he considered freezing of minimum income to be dangerous for the economy.

The minimum monthly wage in Bulgaria will remain BGN 340 next year, the head of the interim parliamentary committee on budget and finance Menda Stoyanova told journalists.