The policy rate- also known as the one-week repo rate- decreased to 16% from 18%, the bank said in a statement following its 10th Monetary Policy Committee (MPC) meeting this year.

Turkey has appointed a new deputy governor to the country's Central Bank and a new member to the bank's Monetary Policy Committee (MPC) while dismissing two deputy governors and one MPC member.

According to a presidential decree early on Oct. 14, Taha Çakmak has been appointed as the new deputy governor of the bank while Yusuf Tuna was appointed as a member of the committee.

Turkish Central Bank Governor Şahap Kavcıoğlu told investors on Oct. 7 that policy was sufficiently tight to tackle inflation and that he expected core price measures to fall in the short term.

The bank cut its key interest rate by 100 basis points to 18 percent.

The Monetary Policy Committee at its ninth meeting this year evaluated core inflation and supply shocks which can be affected by monetary policy, and decided to revise the bank's monetary policy stance.

Turkey's Central Bank will release its third inflation report of 2021 later this week on July 29.

In the second report, which was unveiled at the end of April, the bank increased the year-end inflation forecast to 12.2 percent for this year, up from 9.4 percent in the January report.

The new governor told investors in remarks carried by Turkish media that market expectations of an impending rate cut were groundless. 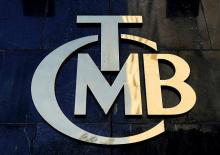 In its fourth Monetary Policy Committee (MPC) meeting under new Governor Şahap Kavcıoğlu, the bank made no changes to its benchmark policy rate - also known as the one-week repo rate- keeping it at 19%.

The Central Bank of the Republic of Turkey (CBRT) will continue to use monetary policy tools effectively to achieve a permanent decline in inflation, its new governor said on March 21.

Turkey's Central Bank on Jan. 28 kept the country's year-end inflation forecasts unchanged at 9.4% this year and 7% next year.

The inflation rate will fluctuate between 7.3% and 11.5% through end of this year, the bank's governor told a virtual meeting held to release the bank's first quarterly inflation report in 2021.