Movement for Rights and Freedoms 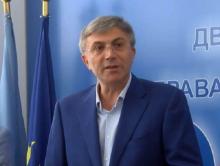 When GERB came to power it inherited BGN 8 billion reserve. After one term, it left  BGN 8 billion in debt, said Chairman of the Movement for Rights and Freedoms (MRF) Mustafa Karadayi in a declaration for the start of the plenary session.

IMRO stands firmly against voting by mail and more polling stations in Turkey, announced on Facebook deputy chairman of the party and co-chair of the parliamentary group of United Patriots Iskren Veselinov. 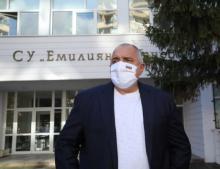 Prime Minister Boyko Borisov rushed furiously into the hall where today's traditional briefing of the National Operative Headquarters was held and interrupted it. He turned up the heat bragging about his successful management of Bulgaria. The Prime Minister's main target was President Rumen Radev. Borissov voiced serious accusations against the head of state.

Expulsion of one diplomat does not mean reduction of their number. There will be a new military attache and new spies will be sent to Bulgaria, explained diplomat Milen Keremedchiev on Nova TV in connection with the Russian diplomat expelled from the country for espionage. There are two reasons why.

Bulgaria's Parliament voted unanimously on May 14 to set up an ad hoc committee to monitor the state spending related to the measures taken to overcome the consequences of the Covid-19 crisis in the country. The proposal for establishing such committee came from the opposition Bulgarian Socialist Party. 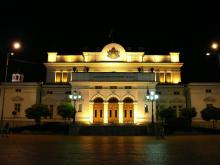 In a special statement for the media, President Rumen Radev adduced further clarifications regarding his motives for imposing a veto on the law ratifying the agreements on the acquisition of eight F-16 Block 70 aircraft, BNR reported.

It is expected to make calculations during the talks and at a later stage the left to come up with her proposal, reported NOVA TV.

The party's subsidy is again on the agenda for the deputies. The Bulgarian Socialist Party - BSP started political consultations with the Movement for Rights and Freedoms and the United Patriots in parliament.