As part of the 50th Istanbul Music Festival, Austrian soprano Anna Prohaska will take the stage at the Atatürk Culture Center (AKM) on June 9. At the concert, she will share the stage with Deutsches Symphonie-Orchester Berlin, which is celebrating its 75th anniversary this year.

Within the scope of the Beyoğlu Cultural Road Festival, the Istanbul State Opera and Ballet (IDOB) will present Wolfgang Amadeus Mozart's 'Don Giovanni' opera at the Atatürk Cultural Center (AKM) Theater Stage. One of the masterpieces of opera literature, the performance will be on stage on June 8 at 8 pm. 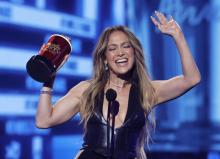 Jennifer Lopez made an emotional speech about how believers and skeptics contributed to her success, as she accepted a career achievement honor at the MTV Movie & TV Awards on June 5.

Organized by the İzmir Metropolitan Municipality with the support of the Culture and Tourism Ministry, General Directorate of Cinema, and in cooperation with the Intercultural Art Association, the second İzmir International Film and Music Festival will take place from June 10 to 19. 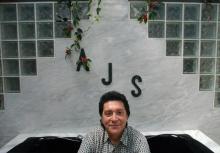 Bassist Alec John Such, a founding member of Bon Jovi who played with the group in their 1980s heyday, has died aged 70, the rock band's frontman announced Sunday.

With a string of quickly memorable hits such as "Livin' on a Prayer," "You Give Love a Bad Name" and "Wanted Dead or Alive," Bon Jovi packed arenas in the 1980s on their marathon, pyrotechnic-fueled tours.

The Istanbul Jazz Festival will open its doors for the 29th time on June 25, uniting major jazz artists and the stars of contemporary music with music lovers in different venues of Istanbul. 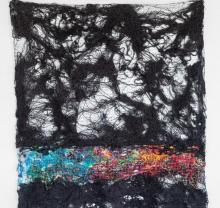 Within the scope of the Capital Culture Festival, Muse Contemporary organizes a textile exhibition, titled 'Weaving Tradition/Future,' that brings together female artists from eight countries. The exhibition can be visited until June 12 at CerModern in Ankara.

British rock legends The Rolling Stones on June 1 opened their European tour with a gig in Madrid to mark six decades since the band was formed.

The Sixty tour will include 14 concerts across Europe with the first taking place in the Wanda Stadium, home to Atletico Madrid football club.