This Wednesday marked the eighth anniversary of the death of Turkish singer Müslüm Gürses, a national legend for his mournful, melancholy lyrics and contributions to arabesque music.

Residents of the Central Anatolian province of Nevşehir have pulled up in their cars at a makeshift drive-in cinema to watch the film "Müslüm," which depicts the life of the late famous Turkish singer Müslüm Gürses, as Turkey's cinemas have gone dark amid the coronavirus pandemic.

Turkish singer Müslüm Gürses, a national legend for his mournful, melancholy lyrics and contributions to arabesque music, will be remembered this week at an Istanbul cemetery, as March 3 marks the seventh anniversary of his passing.

‘Müslüm,’ a film on the life of Turkey’s well-known late arabesque singer Müslüm Gürses, who died in 2013, is in the making. It is set to be released before the end of this year

What is going on in the United States is very important in terms of all societies, but it is especially important for Muslims. 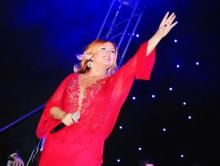 One of Turkey's biggest divas, Sibel Can has just released her 21st album covering the biggest hits of the Arabesque genre, particularly anthems from stars like ?brahim Tatl?ses and Müslüm Gürses.

Arabesque has always been a controversial style in Turkey, having attracted heavy criticism for its sublimation of pain and suffering in love.

American Muslims should not apologize for terrorists who claim affiliation with Islam, Turkey's head of Religious Affairs, Mehmet Görmez said March 1 at a sermon in the newly built Diyanet Center of America in Maryland, some 21 kilometers from Washington D.C. 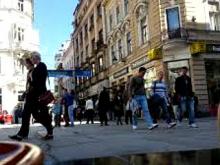 The day after the attacks in Paris, the leader of the Islamic Community in Bosnia, Husein Kavazovic, condemned the murders and expressed solidarity with the victims.

"The attackers do not represent our faith nor our community," Kavazovic said on Saturday.

On Jan. 10, three American college students were murdered at Chapel Hill, North Carolina. Unmistakably, they were all Muslims: Deah Shaddy Barakat (23), Yusor Mohammad (21) and Razan Mohammad Abu-Salha (19). And again unmistakably, their murderer, a 46-year-old man named Craig Stephen Hicks was a self-declared ?anti-theist? who wanted to see ?religion go away.?