US archaeologists have discovered two monumental royal tombs dating from about 3,500 years ago near a major Mycenaean-era palace in Greece's southern Peloponnese region, the Greek culture ministry said Tuesday.

The Badisches Landesmuseum in Karlsruhe, Germany, is dedicating a major exhibition to the Bronze Age civilization of the Mycenaeans.

Titled "Mycenae - The Legendary World of Agamemnon," the exhibition runs to June next year and aims to provide comprehensive insights into the Mycenaean era, which stretched from 1600 to 1200 BC.

A new boatload of Syrian refugees arrived in the Republic of Cyprus Wednesday, with 47 people dropped off at Tylliria in the early hours.

According to Kathimerini Cyprus, 47 refugees including a pregnant woman and one teenager, reached Cypriot shores in the north-western part of the island by boat, after starting the last leg of their trip from the Turkish coast.

A 3,000 year old ancient fortress was discovered by archaeologists near the South Bulgarian town of Zlatograd. The fortification is from the times of Troy and Mycenae and is one of the first evidence that ancient Thrace was part of the Cretan-Mycenaean culture, believed to have been the first civilization in Europe.

An intact tomb from the early Mycenaean era (1650-1400 BC) has been unearthed by archaeologists in the region of Nemea, southern Greece.

According to the Culture Ministry, the tomb is among the largest ever found in the region and is set apart by the short yet wide path leading to its entrance along with other features that place it in the early phase of the Mycenaean civilization. 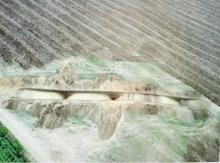 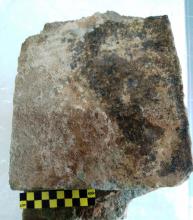 BBC - A clay tablet discovered during an archaeological dig may be the oldest written record of Homer's epic tale, the Odyssey, ever found in Greece, the country's culture ministry has said.

Found near the ruined Temple of Zeus in the ancient city of Olympia, the tablet has been dated to Roman times.

Replicas of clothes worn by the Minoan and Mycenaeans in the period stretching roughly from 2000 to 1200 BC are currently on display at the National Archaeological Museum in Athens.

The Bronze Age civilization of the Mycenaeans collapsed due to an extended drought in the western Peloponnese, according to a study conducted by researchers Martin Finne and Karin Holmgren of the Navarino Environmental Observatory in collaboration with archaeologist Shari Stocker.

A pithos, which dates back 2,000 years, has been unearthed in a garden in the eastern province of Malatya’s Doğanşehir district.