This is a map showing where all of the characters originated in Homer’s epic poem The Iliad. I know Greece is small by today’s standards, but it was surprising to me how geographically widespread the hometowns of the characters were. The Iliad is set sometime in the 11th or 12th century BC, about 400 years before Homer lived. 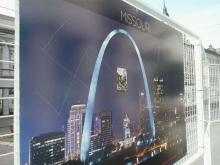 Photographs of U.S. states displayed in downtown Novi Sad as part of an exhibition have been defaced with images of swastikas drawn on them.

The local 021.rs website is reporting that hooligans in this way damaged two items from the "Walk through America" exhibition. 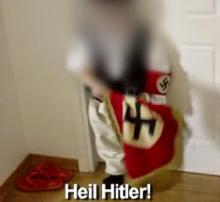 German customs officers at the airports watch for coffee mugs with Hitler and swastikas, which German tourists bring home from Bulgaria, reports DPA, quoted by BTA.

A spokesperson of the customs at Duesseldorf told the agency that the officers apprehended several such mugs already. According to him, they were being sold at Bulgarian Black Sea beaches.