Yesterday's signing of the inter-governmental agreement on the construction of the EastMed pipeline to transport natural gas and connect the deposits of the Eastern Mediterranean with the European market via Cyprus and Greece has justly been described as "historic". 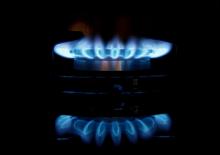 The Energy and Water Regulatory Commission has accepted the reduction in the price of natural gas supplied to Bulgaria by Russia as of the beginning of January, by 1.81 percent compared to the previous quarter of the year, BNR reported. 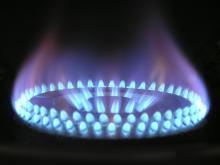 The price of Russian natural gas for Bulgarian consumers will go down about 5 % due to a change in the entry point for natural gas deliveries from Russia, said Energy Minister Temenuzhka Petkova.

Horezu, Dec 29 /Agerpres/ - Prime Minister Ludovic Orban said on Sunday, in Horezu, that the establishment and expansion of gas networks is a priority for the Government and that he will negotiate with the European Union that these investments be made with European funds.

"We will launch TurkStream on Jan. 8. We will be indispensable in international markets with natural gas pipelines coming from both the east and north," said Fatih Dönmez in a meeting in the northwestern Bilecik province.

Russia will respond in kind to U.S. sanctions against the TurkStream and NordStream II projects, Foreign Minister Sergey Lavrov said on Dec. 23.

Speaking at the upper chamber of the Russian parliament in Moscow, the Council of Federation, Lavrov said preparing a fitting response needs both time and analysis.

The Turkish Stream gas pipeline will be commissioned by the end of 2019, with both legs filled with gas, Daily Sabah reported.

Gazprom announced in a press release that the filling of the pipes marks the last stage before commissioning, which is to carry Russian natural gas under Black Sea waters to Turkey and from there to the European Union and Southeast European countries.

Energean Oil & Gas said on Tuesday its Energean International unit submitted an application to import and supply natural gas to Cyprus starting in 2021.
In its application to Cypriot authorities, it said it sought to supply gas through a pipeline from the Karish block off the coast of Israel to Vassiliko in Cyprus.

The TurkStream natural gas pipeline project, which will carry Russian gas to Turkey, is expected to be finalized by the end of 2019, according to the energy and natural sources minister.

Italy's biggest natural gas distribution company, Italgas, is on the verge of entering the Greek market.

Kathimerini understands that Europe's third largest gas distributor is very close to reaching an agreement with fellow Italian Eni Gas e Luce for the acquisition of the latter's portfolio in the Greek gas grid.