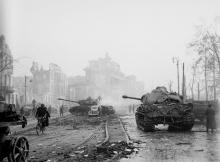 Sept. 1 marks the 80th anniversary of the outbreak of World War II, the greatest tragedy of the 20th century, during which the nations of the world became objects of aggression from the most powerful and organized military machine of the time, led by the hateful Nazi ideology.

Greece will soon send a so-called note verbale to Germany, repeating a long-held demand for war reparations for the crimes committed by Nazi Germany in World War II, Prime Minister Alexis Tsipras told parliament on Wednesday, during a debate on a relevant report presented by a House committee.

Berlin has dismissed Warsaw's demands for paying massive World War II reparations, saying the bitter historical issue was fully resolved sixty years ago and that there are no grounds to revive it.

Have you ever heard of the poem "First they came…?" There are several versions of it, all for obvious reasons dealing with themes of persecution, guilt and collective responsibility in building a common future.

Numerous Nazi-era military awards, propaganda posters, and steel Wehrmacht helmets have been found at an army barracks in western Germany amid an ongoing investigation into an officer suspected of plotting a false-flag attack, Der Spiegel reported. 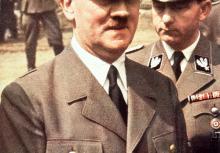 As the famous saying goes “History is written by the victors”. Many historians believe that one of the reasons Adolf Hitler’s Nazi Germany lost the Second World War was that the United States beat them to building the Atomic bomb.

During the early part of his political career, Nazi leader Adolf Hitler, was fond of fedora hats, caps and even … short pants! 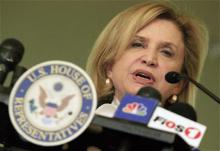 Elfriede Rinkel's past as a Nazi concentration camp guard didn't keep her from collecting nearly $120,000 in American Social Security benefits.

A new series in the Czech state-owned TV channel is causing an uproar. The show portrays living conditions and dangers experienced by many people during the Nazi occupation.

In the summer of 2014 and over a course of two months, seven members of three generations of a Czech family lived a life of a different era.