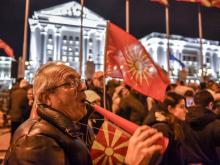 In what was seen as a bid by the main opposition VMRO DPMNE party to flex its muscles following a period of turbulence within its own ranks, thousands of people marched in the streets of Skopje to demonstrate their discontent with the Social Democrat-led government.

Hungarian prime minister Viktor Orban needs to offer a "sound explanation" of his country's decision to grant political asylum to the former prime minister of the ex Yugoslav Republic of Macedonia (FYROM), the European Union's head of membership bids tweeted on Wednesday. 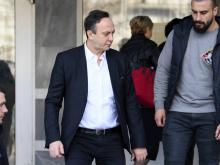 Macedonia's former chief of the secret police, Saso Mijalkov, who is currently on trial in several high-profile court cases, was detained on Tuesday evening and given a 30-day detention, the Skopje Criminal Court confirmed. 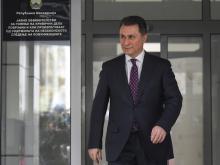 Nikola Gruevski said in a lengthy Facebook post on Tuesday that Hungary has granted him political asylum, citing what he said was "politically-orchestrated persecution by Macedonia's new government led by the Social Democrats".

The former Macedonian premier said that if he went to jail, his life would have been in danger as he had heard about a plot to assassinate him.

The president stressed that this happened before an international arrest warrant was issued for Gruevski in Skopje, who fled the country in order to avoid serving two years in jail because of alleged abuse of office related to buying an armored Mercedes car.

The Macedonian Interior Ministry issued the arrest warrant on the evening of Nov. 13.

The ex prime minister of the Former Yugoslav Republic of Macedonia (FYROM), Nikola Gruevski, has been granted asylum in Hungary, the Magyar Idok newspaper reported on Tuesday.

Gruevski, who resigned in 2016 after 10 years in power, fled the country six months after being sentenced to two years in prison on corruption-related charges. 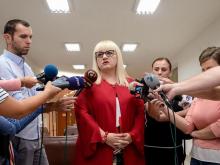 Macedonia has prepared its extradition request for former Prime Minister Nikola Gruevski and will likely send it to Hungary by the close of Tuesday, Macedonian Justice Minister Renata Deskoska told media. 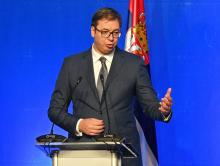 Aleksandar Vucic confirmed on Monday evening that Nikola Gruevski, who fled last week as he was due to start a two-year jail term in Macedonia, exited Serbia at the Tompa-Horgos-Roszke border crossing with Hungary on November 12, the same day as he arrived in Serbia from Montenegro. 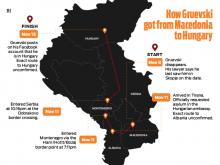 A former prime minister of the Former Yugoslav Republic of Macedonia (FYROM) who is on the run following a prison sentence on corruption charges entered Montenegro earlier this week from Albania but left the same day, Montenegro's police said Friday.