A meeting of political leaders in Skopje on Wednesday evening to debate the referendum on the name deal with Greece was disrupted when VMRO-DPMNE leader Hristijan Mickoski stormed out, claiming that not all parliamentary parties were represented.

The meeting had been expected to set a date for the referendum, which, according to last month's deal, will be held in the fall.

The agreement between Greece and the Former Yugoslav Republic of Macedonia should be endorsed by the two countries' respective societies for several reasons.

The ex-prime minister of the Former Yugoslav Republic of Macedonia (FYROM), Nikola Gruevski, has dismissed the name deal reached by Athens and Skopje as "much worse" than the one his government rejected in 2009. 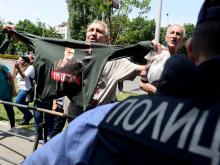 A judge who sentenced the former prime minister of Macedonia, Nikola Gruevski, to two years in jail last month has been under 24-hour police protection for the past two weeks due to threats made against her, Interior Minister Oliver Spasovski said on Friday. 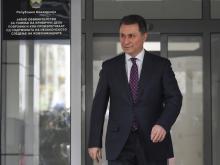 The recent two-year sentence handed down to Nikola Gruevski Macedonia's former conservative Prime Minister and ex-leader of the right-wing VMRO DPMNE party - for involvement in the illicit secret purchase of a luxury Mercedes - is not the end of his judicial troubles.

A thousand-hour protest against the change of the Macedonian name occurred on the streets of Skopje. The strike also demanded early elections because of the state of the economy.

Some of the protesters wore posters saying "Macedonia will win". 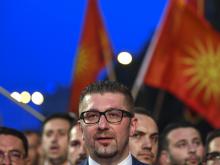 He accused the government of widespread corruption, a firm grip on the judiciary and media, and of a failure to produce any results for the economy. 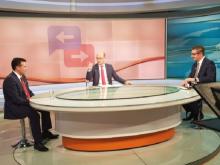 A three-hour televised duel between Macedonian Prime Minister Zoran Zaev and opposition leader Hristijan Mickovski, the first such event in 16 years, attracted intense attention from viewers in the country and drew heat on social networks. 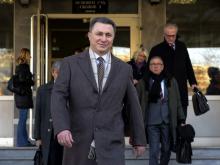 Nikola Gruevski, Macedonia's former prime minister and former leader of the VMRO DPMNE party, was jailed for two years on Wednesday for "receiving a reward", in the form of a luxury Mercedes, after previously "illegally influencing" the other two accused to commit the illegal purchase of the vehicle.

The ruling was a first-instance verdict and Gruevski may appeal the sentence.

A criminal court in the Former Yugoslav Republic of Macedonia has sentenced former conservative prime minister Nikola Gruevski to two years in prison for unlawfully influencing officials at the interior ministry over the purchase of a luxury bulletproof car.