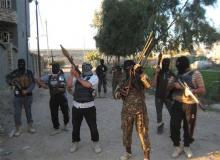 U.S. Defense Secretary Chuck Hagel said on Nov. 16 the Pentagon will accelerate its mission to train Iraqi forces to combat Islamic State of Iraq and the Levant (ISIL) militants, using troops already in Iraq to start the effort while funding is sought for a broader initiative. 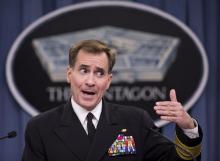 Congress members returning to Capitol Hill next week will face a debate over President Barack Obamaâs new $5.6 billion plan to broadly expand the U.S. mission in Iraq and send up to 1,500 more American troops to the war-torn nation.

President Barack Obama said on Nov. 5 he would seek fresh authorization from Congress in the next few weeks for the U.S. military campaign against the Islamic State in Iraq and the Levant (ISIL), taking a new approach to congressional backing for the fight. 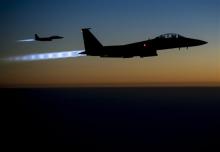 The Pentagon has revised its estimate of the cost of the U.S. air war in Iraq and Syria, saying the price tag for the campaign against the Islamic State in Iraq and the Levant (ISIL) comes to about $8.3 million a day.

Turkey will let US and coalition forces use its bases, including the İncirlik base, for operations against ISIL militants in Syria and Iraq, American defense officials said

Iraq and Turkey should establish a customs union and joint market to improve and maintain the sustainability of commercial ties, a prominent Iraqi business representative says

Trying to reassure war-weary Americans, Obama vowed the US will not fight another ground war in Iraq but his spokesman said some military advisers could end up in front-line positions

The most senior U.S. military officer raised the possibility on Sept. 16 that American troops might need to take on a larger role in Iraq's ground war against the ISIL militants

US Secretary of State John Kerry held talks with Iraq's new leaders Wednesday on their role in a long-awaited strategy against Islamic State jihadists to be unveiled by President Barack Obama. 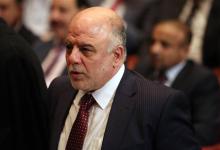 Turkeyâs Prime Minister Ahmet DavutoÄlu has been to the first to congratulate Iraqâs new Prime Minister Haider al-Abadi whose government was approved at Parliament late Sept. 8.

DavutoÄlu held a telephone conversation with Abadi shortly after his Cabinet won a vote of confidence, state-run Anadolu Agency reported on Sept. 9, citing sources from the Prime Ministry office.