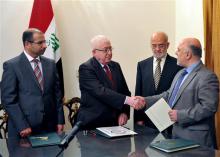 U.S. President Barack Obama said on Aug. 11 Iraq had taken "a promising step forward" in designating a new prime minister, vowing to step up support for a new Iraqi government in a widening conflict that his administration had hoped to avoid.

The United States is ramping up its military presence in Iraq, deploying around 300 additional troops as well as helicopters and drone aircraft in response security concerns in Baghdad, officials said on June 30.

Syrian warplanes bombed Sunni militants' positions inside Iraq, military officials confirmed Wednesday, deepening the concerns that the extremist insurgency that spans the two neighboring countries could morph into an even wider regional conflict. U.S. Secretary of State John Kerry warned against the threat and said other nations should stay out.

Iraqi government troops held off Sunni insurgent attacks on a key town and an oil refinery Tuesday as Kerry pushed for unity in a conflict the UN says has killed nearly 1,100. 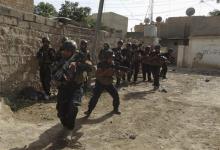 Iraqi forces have made a "tactical" withdrawal from three western towns, a security spokesman said on Sunday, as Sunni militants widened an offensive that has already overrun swathes of territory.

"The military units' withdrawal (from Al-Qaim, Rawa and Ana) was for the purpose of redeployment," Lieutenant General Qassem Atta said, referring to it as a "tactical" move. 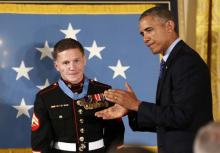 President Barack Obama pledged to take "precise" military action if needed to check marauding Sunni radicals in Iraq and offered up to 300 US advisors to train Iraqi forces facing a crisis splintering the country on sectarian lines.

In his words, the President "he didn't feel he had any need for authority" to take steps on the Islamist militants' advance in Iraq, as the BBC quoted McConnell as saying.

The recent developments in Iraq have once again called the state borders of the Middle East into question. In reality, the initial signs for change came with the end of the Cold War, accelerated with the U.S. invasion of Iraq, and took a decisive turn with the extension of the Arab Spring into Syria.