Islamist insurgents invaded the Baiji oil refinery, the biggest such facility in Iraq, as they are pushing toward the capital Baghdad after having seized a number of cities.

Some 75 percent of Baiji, located 210 km north of Bagdad, is now under the control of militants led by the Islamic State in Iraq and the Levant (ISIS), as the BBC reports citing officials.

A Bulgarian citizen is among the 10 men arrested on Monday in Spain for allegedly recruiting juhadist fighters for Iraq and Syria, reports AP.

Eight of the arrested are Moroccan, one is Bulgarian and one – Argentinian. Their names are not divulged by the authorities.

The violence in Iraq is part of a broader Sunni Arab revolt that could lead to a holy war in the country, and is not just a rampage by Islamist militants from an al-Qaeda splinter group, fugitive vice president Tarek al-Hashemi told Reuters on June 16. 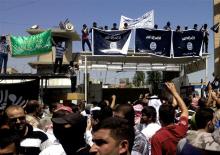 About 275 U.S. military personnel are being deployed to Iraq to help American personnel and protect the embassy in Baghdad, President Barack Obama said June 16 in a letter to Congressional leaders.

The force, which began deploying on June 14, has been sent "for the purpose of protecting U.S. citizens and property, if necessary, and is equipped for combat," Obama wrote. 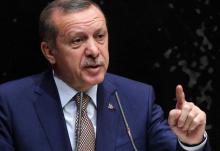 Turkish Prime Minister Recep Tayyip ErdoÄan has expressed concern about the situation of Turkmens after Islamic State in Iraq and the Levant (ISIL) militants extended their offensive to Mosulâs Telafer district in northern Iraq, where many Turkmens live.

Shiite Iran offered Saturday to consider working with longtime foe the United States if it takes the lead in helping push back Sunni Arab militants who have seized a swathe of northern Iraq, as al-Maliki gov't readies offensive.

President Barack Obama said on June 13 he will take several days to review options for how the United States can help Iraq deal with a militant insurgency, saying any action would need significant involvement by Iraq itself.

The US is considering "all options" to give assistance in fighting militants from the Islamic State in Iraq and the Levant (ISIS), President Barack Obama said.

Deployment of US ground troops is however out of the question, the BBC quotes White House officials as saying.