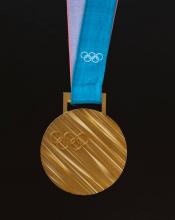 Tokyo – Janja Garnbret won gold in the women’s combined sport climbing at the Tokyo Olympics on Friday in what is the third gold medal for Slovenia at the Games.

In speed, Janja Garnbret finished fifth, setting the Slovenian record in this category by clocking 7.81 seconds.

Briton Graham Jarvis (Husqvarna) won, on Wednesday, the first stage of the hard enduro rally Red Bull Romaniacs, now at its 18th edition - Vertical Madness Reloaded, and is leader in the Gold class.

An official working at a cable car facility in Fethiye's Mount Babadağ flies his way to his house in his wingsuit every day after work.

Cengiz Koçak began parachuting in 1991 by jumping off from airplanes when he was a cadet and became a free-type paratrooper while serving as a non-commissioned officer in the Kayseri 1st Commando Brigade.

A total of 289 bird species have been reported in Turkey, according to an official statement on May 13.

This ranks Turkey 31st among 191 countries, said the General Directorate of Nature Conservation and National Parks in a statement released on World Migratory Bird Day, observed each year on the second weekend of May.

A publishing house owner living in the northwestern province of Kocaeli's Gebze district who has been indulging in birdwatching activities for a decade at the Ballıkayalar Nature Park has revealed the joy of birdwatching while stressing the need to conserve wildlife.

Coast guard officers questioned locals around the seaside Evia town of Eretria on Wednesday, seeking corroboration for the testimony of a witness questioned in connection with the boating death last Sunday of former PASOK MP Sifis Valirakis. 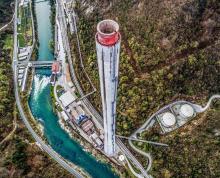 Trbovlje – The Trbovlje power station’s 360-metre chimney, the tallest in Europe but no longer in use, has been turned into the world’s longest artificial multi-pitch climbing route. Slovenian world-class climbers, Janja Garnbret and Domen Škofic, have already successfully ascended it.

He used a plastic toboggan

One of two hikers who had been trapped by snow and ice since Wednesday while trekking on Psiloritis Mountain in central Crete was found dead by members of the Special Disaster Unit (EMAK) rescue team on Thursday.

Kruder, who will turn 30 on 5 December, so far had a silver medal from the 2014 World Championship and the overall Bouldering World Cup win in 2018 to show for himself.