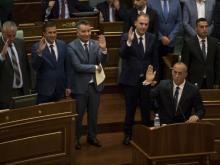 Sharp disagreements among Kosovo officials over whether the import tax of 100 per cent on goods from Serbia and Bosnia and Herzegovina should be revoked have fresh sparked warnings that the government could fall and be forced to hold snap elections.

Prime Minister Ramush Haradinaj is not budging from his stance that the tax will only be scrapped when Serbia recognises Kosovo. 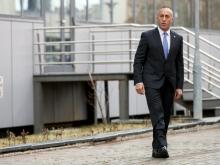 Kosovo's premier Ramush Haradinaj on Tuesday reinforced his message that Pristina wants negotiations on the basis of "principles of mutual recognition" with Belgrade if it is to drop its 100 per cent tariffs on Serbian goods.

The Kosovo president said in a statement to Klan Kosova broadcaster that the decision was "right and sincere," but that, as he specified, "three or four government carriers" should not be abusing it for other interests, which are detrimental to Kosovo's interests.

The letter, dated December 14, "stressed that the unique opportunity to reach a solution for Kosovo should be seized."

According to Tanjug, it reads as follows:

Kosovo's parliament on Friday on a second reading approved three draft laws on the Kosovo Security Force, KSF, expanding its competences and creating a legal base for its transformation into a regular army.

The three draft laws concern one directly on the Kosovo Security Force, KSF, another on a Ministry of Defence and a third on service in the KSF. 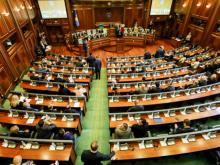 The parliamentary group of the biggest Kosovo opposition party, the Democratic League of Kosovo, LDK on Tuesday demanded the resignation of Prime Minister Ramush Haradinaj and his deputy, Fatmir Limaj, after a statement from European Commissioner Johannes Hahn that visa liberalisation with the EU is more likely to come by 2020 than the hoped-for end of 2018.

The Kosovo prime minister wrote the article published in the US daily, where he presented a series of accusations against Serbia, and claimed that the Serbian president, with Russia's support, was offering Kosovo independence in exchange for a part of Kosovo's territory. 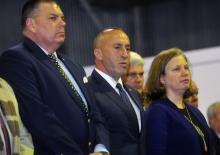 Ramush Haradinaj said on Thursday that this would be done" when Belgrade ceases the aggression of Serbia," Pristina-based daily Gazeta Express is reporting, cited by Tanjug.

Haradinaj also said that such a decision "was not unexpected, and that he repeatedly warned the previously imposed tax could only be increased." 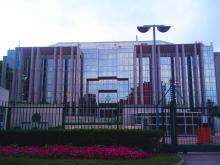 Kosovo failed to secure the necessary support of two-thirds of Interpol's 192 member states in its bid to join the International Criminal Police Organisation at its general assembly in Dubai on Tuesday. 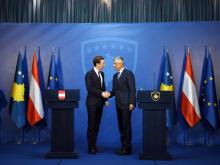 Austrian Chancellor Sebastian Kurz said on Tuesday during an official visit to Kosovo that Vienna will support any agreement that is reached between Pristina and Belgrade, even if it includes what Kosovo President Hashim Thaci has described as a 'border correction'.