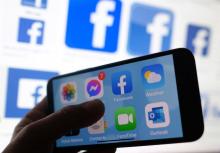 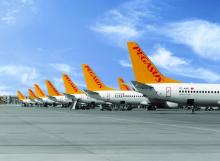 Pegasus Airlines, Turkey's leading low-budget carrier, has reported that it served a total of 25.1 million passengers in January-October.

Turkey's leading low-cost carrier Pegasus Airlines plans to add 150 new pilots to its crew, according to the company's general manager.

WhatsApp has unveiled a security breach that has allowed attackers to inject commercial Israeli spyware on the phones, writes Financial Times, quoted by BGNES.

The application is used by 1.5 billion people worldwide. It turned out that the tracking software could be installed through a security system hole that worked on both Apple's and Android users.

Pegasus Airlines has reached an agreement to buy Air Berlin's 29.51 percent of stake in their subsidiary İzAir for 1.2 million euros, the carrier said in a written statement late on March 8.

The share of the company in İzAir will increase to 98.63 percent after the deal is finalized and approved by authorities, according to the statement to the Public Disclosure Platform (KAP).

Turkey's Pegasus Airlines saw a 10 percent rise in the number of passengers using the low-cost carrier to 10.17 million in the first half of the year, the company said in a written statement to the Public Disclosure Platform on July 31.