Experts and the government are concerned about the course of the pandemic in Northern Greece. It is characteristic that epidemiologist Gikas Maiorkinis in yesterday's official information about the coronavirus, spoke of a "worrying exception" of the areas in the north of the country.

Health authorities noted signs, albeit faint ones, that the coronavirus curve is leveling off on Friday as cases continued on a downward trend with admissions to hospitals gradually coming down across many parts of the country in recent days.

Mobile units of the National Organization for Public Health (EODY) will conduct rapid antigen tests in large industrial units in the northern regions of Xanthi, Drama, Pella, Florina, Pieria and Imathia in the coming days, amid concerns about the spread of the coronavirus.

A 69-year-old farmer lost his life on Saturday when he was crushed by his tractor after it overturned on his farm at Palaio Eleftherochori in Pieria, northern Greece.
The incident occurred shortly after 8 a.m.
Firefighters extracted the man from under the vehicle and rushed him to a local hospital, where he was pronounced dead on arrival. 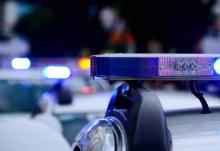 Police in the town of Larissa, central Greece, announced the arrest Thursday of eight people over their involvement in illegal archaeological digs and antiquities trading after a months-long investigation.
The gang conducted illicit excavations in mountainous rural areas of Thessaly and Pieria in central Greece with the aim of selling their finds on the black market.

A nationwide crackdown by Traffic Police last week resulted in more than 6,500 tickets being issued for drink driving and speeding.
A total of 28,426 inspections were carried out and 6,579 violations of the Greek highway code were recorded.
Most of the violations recorded were in Attica (852), with 360 in Thessaloniki, 333 in Pieria, 305 in Fthiotida and 275 in Corinth.

Farmers in northern Greece said on Tuesday they will escalate their protests and invited the ministers of agricultural development and growth and labor to a meeting to discuss their concerns.

Roadblocks have been set up on highways in the prefectures of Imathia, Pella, Pieria and Serres and that connecting Katerini and Thessaloniki.

Three police officers were injured on Thursday night as they tried to prevent a mob of residents opposed to the Prespes agreement from reaching the home of a government MP in Katerini in northern Greece.

The National Meteorological Service has issued a weather warning for Wednesday (August 15), with heavy rain and storms expected in the northwest of the country, with the possibility of hailstorms and strong winds.

Ankara has responded to comments made by Greek President Prokopis Pavlopoulos on Monday during a ceremony naming him an honorary resident of the Municipality of Pydna-Kolindros in Pieria, northern Greece, saying they were "not befitting his position."