Metropolitan Neofit of Sofia, the Patriarch of the Bulgarian Orthodox Church, has drawn anger - and some ridicule - after his office said church services would continue in the country - despite concerns about transmission of the coronavirus - as the holy sacraments could not possibly transmit a disease. 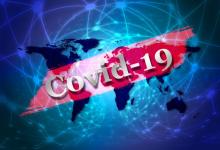 Four cases of coronavirus are confirmed in Bulgaria.

This was announced at an emergency briefing by the National Operations Headquarters. The samples of a 75-year-old woman in Gabrovo and a 27-year-old man in Pleven have been confirmed. In addition, a 61-year-old man from Pleven, who has pulmonary problems, as well as a medical officer at a hospital in Gabrovo, are positive.

The first two cases of coronavirus in Bulgaria were registered. This was confirmed by the National Operations Headquarters at an emergency briefing at midnight. It is a 27-year-old patient from Pleven and a 75-year-old patient from Gabrovo. People who have been in contact with them in recent days will also be quarantined.

For yet another year, motorcyclists from different cities in Bulgaria took off their leather clothes and put on Santa Clause and Snow White costumes. With their powerful vehicles, they visited children in social care homes, bringing them gifts and happiness.

The foreign direct investments in Bulgaria continue to increase in 2019. According to data of the Bulgarian National Bank, between January and October this year FDIs amounted to EUR 953.1 million, which was EUR 554 million more as compared to the same period last year. 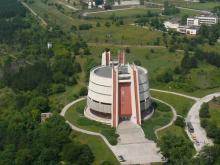 The current mayor of Pleven, Georg Spartanski, won another term. Today, he collected 53.1% of the votes of his fellow citizens, according to the exit poll data of Alpha Research, reported by BNT. His rival and current Pleven district governor Miroslav Petrov of GERB received 43.8 percent of the votes.

Trend Agency presented exit poll data for the turnout in some of the district cities that elect its mayors on Sunday. The figures were presented by sociologist Dimitar Ganev on the air of NOVA Sunday.

Here are how many of the eligible voters went to the ballot box:

More than BGN 200 million will be allocated for hospital care by 2020, the government announced. This happened after a meeting at the Council of Ministers with the CITUB and the Health Minister Kiril Ananiyev and against the background of a national protest by medical professionals.

It will take effect from 24 July and will last until 31 July, reported NOVA TV.

The forced killing and disposal of all domestic pigs affected by the outbreak of African plague in the village of Novachene in Pleven began. This was reported by the Bulgarian food safety agencypress center.