According to the Montenegrin Police Directorate, they are charged with causing panic on Sunday, January 12th, by publishing false news regarding the event in Vila Gorica in Podgorica, without first checking the information in question.
As stated, they will be brought to the State Prosecutor with the criminal complaint in the Basic State Prosecutor's Office in Podgorica.

Under the slogan "We won't give up holy places", Serbian Orthodox clergy, right-wing and conservative movements and other citizens marched on Wednesday from the centre of Belgrade to the largest church in the city, the St Sava Church.

During the walk, described as a prayer gathering, traffic in the city centre and the main streets was closed, while the police secured the event.

Representatives of the Metropolitanate laid a yule log in front of the Cetinje Monastery in the presence of a large number of citizens and believers, including Serbia's Ambassador to Montenegro Vladimir Bozovic and businessman Miodrag Daka Davidovic.
Strong police forces were set up between the two groups of the faithful.

Serbian citizens who have been protesting weekly against Vucic's regime stormed the building of the Serbian national broadcaster RTS on March 16. Photo: BIRN. 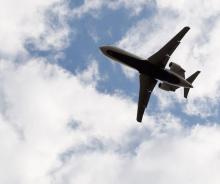 Red Star basketball players have been notified to leave the plane shortly before taking off for a regional league match against Montenegro's Basketball Club Buducnost.
Buducnost basketball players were to play with the Red Star in Podgorica today in the 13th round of the ABA League.

Accompanied by MP Ivan Kostic, Obradovic entered the hall during the session, with a large banner against the Montenegrin authorities, and stood by the speaker's stand, causing disturbance that followed. Then, the President of the Serbian Assembly Maja Gojkovic adjourned the session and called on the MPs and security for peace and to remain calm.

The legislative committee of Montenegro's parliament endorsed on Tuesday a draft law on freedom of religion, the last hurdle before the legislation is debated by lawmakers on Thursday over fierce objections from the Serbian Orthodox Church, SPC.

Hundreds of Serb priests and monks protested in front of parliament before the committee session demanding the bill's withdrawal. 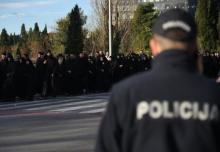 A legislative committee session is being held today in the building, on which the Government's Law on freedom of religion is on the agenda.
The Legislative Committee of the Montenegrin Parliament endorsed the majority vote by the government's Law on religious freedom.

The US embassy in Montenegro has paid tribute to an elite team of American cyber experts working in the Balkan country for a second year to generate fresh insights into adversarial cyber threats as elections loom in both the US and Montenegro in 2020.