The industrial federations of Podkrepa Confederation of Labour and the Confederation of Independent Trade Unions in Bulgaria (CITUB) are launching a national petition for increase of the pay for night time work, BNT reported.

The President of the Confederation of Labour ''Podkrepa'' Dimitar Manolov will open the 18th annual conference of the Trade Union Network of the European capitals.

They will discuss the opportunities for transport and mobility on the Old Continent.

More than 30 organizations from 12 European cities will join the event.

The first signs of spring are already here.

Since yesterday, in the Haskovo village of Podkrepa people enjoy the company a stork that landed on the nest at the local church.

"People in our village are believers, so here comes the first stork," explained Velichka Kireva.

Concerts, competitions, games and movie screenings will mark Labor Day across the country. The events are organized by the two national trade unions CITUB and KT Podkrepa. 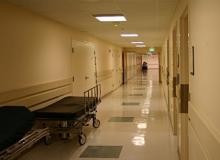 Doctors and nurses from the ''N.Y Pirogov'' Emergency Assistance Institute protest against the management of the hospital, reported BGNES.

The Syndicate Section "Podkrepa" (Support) in the emergency aid sent a letter to the Minister of Health Kiril Ananiev with a number of requests and the resignation of the Executive Director of "Pirogov" Prof. Asen Baltov, bTV announced.

Head of the Confederation of Independent Trade Unions in Bulgaria, Plamen Dimitrov, has said that 70% of workers in Bulgaria receive below the average salary, BNR reported.

Bulgaria is at the bottom of the EU ranking by hourly-rate remuneration, with an average hourly wage of EUR 3.7, compared to an EU average of EUR 23.7 per hour, according to Eurostat data, as cited by local trade unions.

Thousands of people took to the streets on Thursday to protest the government's plans for budget cuts, the new pension reform and the situation in the energy sector.

The action was called in by the Confederation of Independent Trade Unions in Bulgaria (CITUB), one of the country's two biggest trade unions. The second one, Podkrepa Labor Confederation (KT Podkrepa), did not attend.