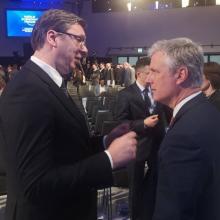 He added that Serbia remains committed to the EU integration despite the delay in the accession process, which he said was "unprecedented."

The organisers of the Lukov March, commemorating the memory of controversial Bulgarian general Hristo Lukov, said on their website last week that their 17th annual nationalist march will be held on February 22, the date on which Lukov was assassinated.

The announcement came despite the prosecution announcing on Friday that it will examine whether or not the march is legal.

Robert O'Brien is the White House national security adviser and one of US President Donald Trump's closest aides. He and Secretary of State Mike Pompeo are considered the two officials that shape the foreign policy of the Trump administration. 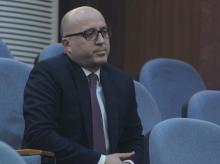 French President Emmanuel Macron and US President Donald Trump have agreed to extend the negotiations on the tax which France wants to levy on tech giants like Google and Amazon.

Thus, the danger of Washington imposing a duty on French goods was delayed because of the US's disagreement with the digital tax for US companies.

Turkish defense minister discussed regional issues with his Russian counterpart over the phone, an official statement from Russia said on Jan. 20.

The officials discussed recent developments in the region and North Africa.

Russian President Vladimir Putin on Monday submitted a package of constitutional amendments to parliament less than a week after announcing a surprise plan to reform the political system.

The bill, which can be found on the website of the lower house State Duma's website, proposes changes, including the transfer of some power outside the presidency.

Rahşan Ecevit, wife and closest confidant of late Turkish Prime Minister Bülent Ecevit, was laid to rest in the capital province of Ankara on Jan. 19.

Ecevit died at the Gülhane Training and Research Hospital, where she had been receiving treatment since Dec. 26, on Jan. 17 at the age of 97.

She died in the intensive care unit due to multiple organ failure at around 9.10 p.m.

Amid growing turmoil over energy issues in the Eastern Mediterranean, Russian President Vladimir Putin and his Turkish counterpart Recep Tayyip Erdogan inaugurated the TurkStream pipeline in Istanbul earlier this month.