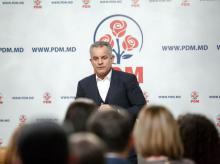 Russia's authorities have failed in their attempt to get Interpol to put the leader of the pro-Western ruling party in Moldova, Democrat Party leader Vlad Plahotniuc, on the international wanted list, the news portal deschide.md said on Thursday after receiving an official answer from the Ministry of Interior. 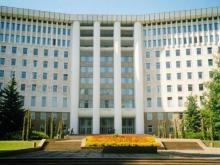 With the support of 55 out of 101 MPs, Moldova's parliament on Thursday named Vitalie Pirlog, a man with strong Communist Party links, as the new head of the country's security and intelligence service, the SIS. 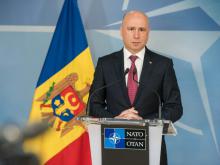 Moldova's government will have seven new members, and only four ministers will keep their seats in a surprise reshuffle announced on Tuesday by the leader of the ruling of the Democratic Party of Moldova, PDM, Vlad Plahotniuc.

He explained that the PDM wants a more "technocratic" and professional government as well as more feminine representation, with four women in the new cabinet. 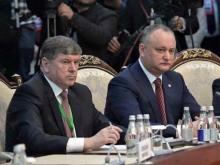 Moldova withdraw its ambassador Andrei Neguta from Moscow for an "undetermined period" on Monday afternoon. as relations between Russia and the former Soviet republic continue to plummet.

The foreign ministry stated that the measure was taken because Russian officials had harassed and intimidated officials and politicians from Moldova, without citing precise examples. 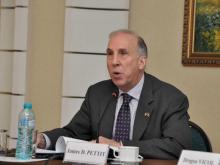 The US ambassador to Chisinau, James Pettit, said on Sunday that Russian propaganda and internal political control over broadcasters are endangering freedom of the media in Moldova.

Moldova's pro-Russian President, Igor Dodon, and the country's ruling pro-European Democratic Party are at odds once again over a law designed to curb Russian broadcast propaganda, which parliament adopted on Thursday.

Dodon, who has opposed the bill since it was introduced to parliament by the Democratic Party leader Vladimir Plahotniuc, says he will not promulgate it. 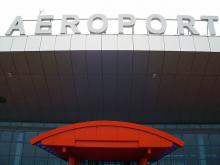 A NATO office will open shortly in the former Soviet republic of Moldova, it was announced, after Moldova's pro-Western Prime Minister Pavel Filip met NATO chief Jens Stoltenberg in Brussels.

Both sides said was agreed that Moldova will remain militarily neutral, according to its constitution, but Filip underlined that it wants to strengthen its relationship with NATO. 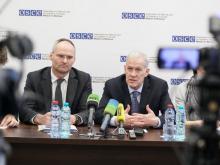 The authorities in Moldova are to resume negotiations with the breakaway region in Vienna on November 27-28 in a "5+2" format, encompassing Russia, Moldova, Transnistria, Ukraine and the OSCE, plus observers from the European Union and the United States. 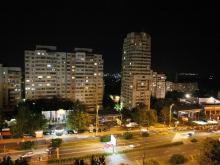 A survey by the Washington-based non-profit International Republican Institute, coordinated by US performance-based consulting company Gallup Organization, reveals that far more people want the country to join the European Union than its Kremlin-backed alternative.