Nearly 24% of the Bulgarians live in poverty, according to data from the Action Plan for the implementation of the National Poverty Reduction Strategy.

The coronavirus pandemic could push as many as 60 million people into extreme poverty, the World Bank said on Tuesday.

The Chinese government has allocated part of the 2020 funding for poverty alleviation to local authorities, the Treasury said on Monday. 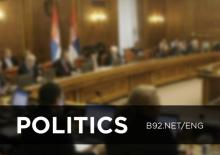 It was adopted by the Serbian government on December 27, 2018.

On this occasion it was pointed out that extreme forms of poverty in Serbia are almost eradicated and the poverty risk rate has been reduced, but that the results in this area, despite visible progress, are far from the desired ones, the government announced.

Companies could unlock at least $12 trillion in market opportunities by 2030 and create up to 380 million jobs by implementing a few key development goals, according to a study by a group including global business and finance leaders. 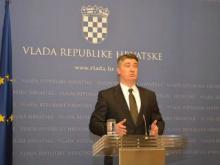 Months before the next parliamentary elections at the end of the year, Croatia's centre-left government on Thursday unveiled a new package of measures aimed at helping the poor.

Economy Minister Ivan Vrdoljak announced that a category of "vulnerable customers" will be created in terms of the energy system who will be protected from having their heating and lights cut off.

The international organization Academics Stand Against Poverty (ASAP) opened its Romanian chapter on Monday, at the Romanian Diplomatic Institute.