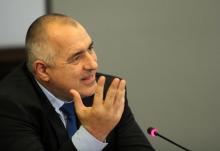 A majority of lawmakers has rejected for a third time in a row a proposal from the socialist opposition under which Sofia could try to prevent a further expansion of sanctions against Russia.

Nikolay Barekov, a Bulgarian MEP, said on Tuesday he organized anti-government street protests in the summer of 2013 alongside now ruling GERB party of PM Boyko Borisov.

GERB, which was in opposition at the time, has openly admitted to having sent dozens of activists in front of the Parliament's building in the Bulgarian capital Sofia.

The Speaker of the Croatian Parliament Josip Leko arrives in Bulgaria Monday on a 1-day visit at the invitation of Bulgarian counterpart Tsetska Tsacheva.

Leko will be officially greeted in front of the Monument to the Unknown Soldier in Sofia, where he will lay wreaths, according to reports of the Bulgarian National Radio. 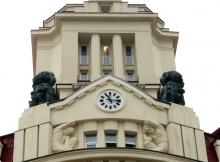 Tsvetan Vaslilev, majority owner of collapsed Corporate Commercial Bank, has said the crisis at the bank has been orchestrated by politicians. 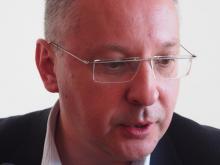 Bulgaria's former Prime Minister Sergei Stanishev holds no ambitions of returning to the leadership of the Bulgarian Socialist Party (BSP).

Stanishev, who is currently one of Bulgaria's 17 Members of the European Parliament (MEP), will focus on his leadership of the Party of European Socialists (PES).

Tsvetan Tsvetkov, the single candidate to take over the National Audit Office, has been approved by an overwhelming majority in Bulgaria's Parliament.

As many as 146 MPs voted to back Tsvetkov. Only one rejected him, and twenty-one abstained, most of them being from the socialist opposition. The nationalist Ataka party did not take part in the vote.

The main coalition partners in Bulgaria's government have agreed to support the candidacy of Ivan Ivanov, an energy expert and former lawmaker, to take over the national energy regulator KEVR.

Commitments taken on by Bulgarian President Rosen Plevneliev to gradually boost defense spending to 2% of GDP by 2015 will not be taken into consideration, a lawmaker from the ruling party has said.

Bulgaria lost three major contracts in the sphere of energy in a bid to comply with all EU recommendations, according to Prime Minister Boyko Borisov.