The London based, The Legatum Institute, published the 12th Legatum Prosperity Index at the end of November. The index is a leading indicator of economic and social wellbeing in the 149 nations covered. "This is a tool for leaders around the world to help set their agendas for growth and development.

Russia launched checks Tuesday after its space chief said an air leak on the International Space Station last week could have been caused by deliberate sabotage.

Space agency chief Dmitry Rogozin said the hole detected Thursday in a Russian space craft docked at the orbiting station was caused by a drill and could have been done deliberately, either back on Earth or in space.

Russia fired an unmanned spacecraft "Progress" to the International Space Station after a temporary problem forced the specialists to postpone it with two days.

The 11th edition of the Index reveals a number of surprising global, regional and national trends in economic and social wellbeing, including an alarming deterioration in global security and a widening gap between the most and least prosperous nations. 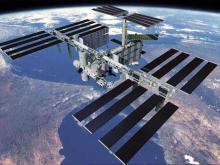 Russia's Progress M-28M spacecraft carrying 2.4 tonnes of cargo docked with the International Space Station (ISS) on Sunday, breaking a string of failed attempts by Russian and US spacecraft.

The docking took place in automatic mode, according to an official of Roskosmos, Russia's space agency, ITAR-TASS reported.

Canadian Finance Minister Joe Oliver said on Wednesday he did not think ?anything inadvertent? would happen to derail progress towards a solution on the Greek crisis.

According to Roscosmos, the stricken spacecraft was expected to burn up on re-entry in the Earth's atmosphere with just a few small pieces likely to survive the heat to hit planet's surface.

An unmanned Russian cargo spacecraft ferrying supplies to the International Space Station is plunging back to Earth and apparently out of control, an official said on April 29.

Russian flight control has lost the ability to rein in unmanned space vehicle “Progress” according to a Russian Space Agency official.

According to the statement, “Progress” was meant to resupply the ISS, but control was lost and the spacecraft is heading towards earth in an uncontrolled fashion.

An unmanned U.S. supply rocket exploded shortly after lifting off from a commercial launch pad in Virginia, the first disaster since NASA turned to private operators to run cargo to the International Space Station.