The Social Democratic Party (PSD) has given solutions rejected countless times by the Government, and the simple motion against the Minister of Education, a democratic procedure, is also an opportunity for dialogue, Social Democrat MP Camelia Gavrila said on Monday.

Bucharest, May 17 /Agerpres/ - The spokesperson of the Social Democrat Party (PSD), Lucian Romascanu, announced that the Social Democrats are preparing a censure motion against the government, which will be submitted "if things go worse and worse". "We had a month, a month and a half in which we assumed this: we will leave them be and come up with ideas.

"If that report is not adopted, it automatically means that Lutovac has lost confidence and will no longer remain at the helm of the party," a source from the Democratic Party and a signatory of the initiative to convene a session of the Main Board told Tanjug.

Leaders of the main parties in North Macedonia agreed that elections would go ahead as planned on April 12 after meeting on Thursday in the office of the caretaker Prime Minister, Oliver Spasovski.

Pro Romania Chairman Victor Ponta told a press conference in Buzau on Wednesday that "the trouble with the Social Democratic Party (PSD) isn't its Chairman, but the coterie of marauders in Dragnea, Dancila, or now Ciolacu's tow and the fact that they no longer see the people because of the plunderers who leech off." "We, the Pro Romania party, don't enter agreements with those who have sold off 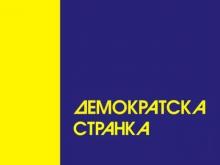 "Politika" further specifies that Democratic Party (DS) could be found on that list, or if it remains devoted to a boycott, some of its prominent individuals might join this list.

Prime Minister designate, Ludovic Orban, congratulated on Thursday, at the start of the Government sitting, all the Cabinet members for the way they faced the debates in the specialty committees and mentioned that a lot of Social Democrat (PSD) MPs "lowered the level of the hearings", and stated his belief that anyone who votes like the PSD "has a backdoor arrangement with the PSD".

Interim leader of the PSD (Social Democratic Party) Marcel Ciolacu on Monday evening said his party has no problem with any elections and that, regardless if the motion of censure against the Government passes or not, mayors will still be elected in one round of elections.

The Social Democratic Party (PSD, in the opposition, ed. n.) will nominate a Prime Minister from outside the party should the censure motion pass, on Monday said this party's Acting Chair Marcel Ciolacu. "I'm sorry that the President of Romania has pronounced a priori saying that he will submit the same nomination for PM, namely Mr. Orban (current PM, ed. n.).