The Ankara Chief Public Prosecutorâs Office has dismissed a prosecution into suspects who were alleged members of âSelam Jerusalem Terrorist Organization,â which was mentioned in an eavesdropping case, saying there was not enough evidence to open a public case. 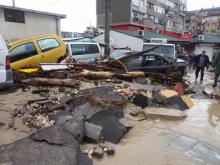 A team of investigating police officers has opened pre-trial proceedings into the cause and circumstances of the death of at least ten people in the floods in Varna.

The pre-trial proceedings are supervised by a prosecutor from the district prosecutor's office in Varna, according to Radoslav Lazarov, spokesperson for the local prosecuting authority, as cited by dnevnik.bg. 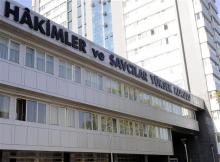 The Turkish government has replaced more than 2,500 judges and prosecutors, in its latest mass purge in the police and judiciary.

BELGRADE - Goran Ilic, president of the Prosecutors' Association of Serbia, voiced belief Tuesday that it was necessary to introduce forensic economics in the work of the Serbia’s Public Attorney’s Office so that it could handle the areas of the protection of competition and combat against monopoly.

MP Sonia Maria Draghici has been referred to the court by prosecutors with the Supreme Court of Justice and Cassation for conflict of interest.

The two prosecutors investigating the Neo-Nazi Golden Dawn party in order to determine whether it constitutes a criminal organization are pushing ahead with the depositions of members of the party as the expiration of the 18-month period of their pre-trial custody is set to expire and they may have to be released.

Prosecutors have ordered that a police officer who injured a protester during last yearâs Gezi demonstrations in Ankara be searched for until 2028, the time limit of the statute of limitations for the crime.

Mustafa NamlÄ± sustained permanent damage to his left-eye after being hit by a police tear gas canister during protests on June 1, 2013, in Ankaraâs KÄ±zÄ±lay Square.

The Ankara Public Prosecutorâs Office is again investigating all previous allegations and cases against Fethullah GÃ¼len, a U.S.-based Islamic scholar and erstwhile ally of the government, including cases in which he was acquitted.

Serbia's justice system is still influenced by the executive, while many judges and prosecutors believe it does not make decisions independently, a survey by the Nis-based NGO Center for Human Rights shows.