The Faculty of Economics and Business Management (FSEGA) of the Cluj-Napoca-based Babes-Bolyai University (UBB) is ranking among the top 500 educational institutions in the world and it is first in Romania for subjects of economics and econometrics, according to Quacquarelli Symonds (QS) 2021.

QS Quacquarelli Symonds - international higher education think-tank - have today released the eleventh edition of the QS World University Rankings by Subject: an extensive independent comparative analysis on the performance of 13,883 individual university programs, taken by students at 1440 universities in 85 locations across the world, across 51 academic disciplines. 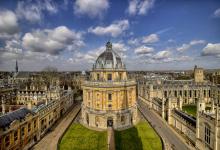 According to QS, the Greek institution ranks 230th in the world and 109th in Europe.
Athens Law School was also the only one in the country to make the list this year.

The latest Quacquarelli Symonds (QS) list on global university rankings reflects the dire state of the Greek education, as 5 out of the 6 Greek tertiary institutions have dropped a number of spots on the list.

Greek universities have slipped in global rankings this year, according to Quacquarelli Symonds, which publishes an annual overview of higher education institutions around the world.

Six Greek universities are included in the list of the world's 600 top universities but five of the six have fallen in rankings and the University of Crete has slipped off the chart.

Whether you’re looking for top universities, high quality of life, affordable living costs or robust employment prospects, these are the cities that have it all.