Twitter, Facebook and Instagram locked U.S. President Donald Trump's accounts for varying amounts of time on Jan. 6 over his inflammatory rhetoric after his supporters besieged the Capitol building. 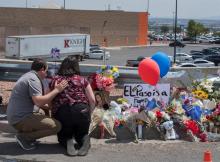 President Donald Trump on Aug. 4 said "hate has no place" in the United States after two mass shootings left 29 dead and sparked accusations that his rhetoric was part of the problem. 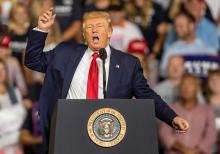 A fired-up Donald Trump took aim once more at Democratic lawmakers who "hate" America as he hit the campaign trail on July 17, hours after an opposition bid to impeach the U.S. president over "racist" attacks was shot down in Congress. 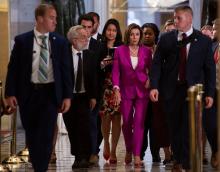 Staging a flag-waving, still-of-the-night arrival ceremony, President Donald Trump welcomed home early on May 10 three Americans freed by North Korea and declared their release a sign of promise toward his goal of de-nuclearizing the Korean Peninsula. 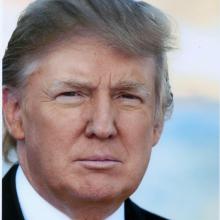