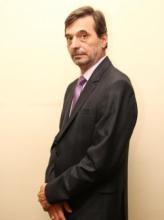 Trade union Podkrepa will protect the Maritsa Iztok complex by all available means, union leader Dimitar Manolov said at the opening of a congress of the organisation 30 years after its establishment, Focus News Agency reports.

Miners and energy workers will protest in Sofia to protect power generation from Bulgarian coal. The rally is organised by Podkrepa trade union through the centre of the capital city, starting from Knyaz Aleksandar I Sq. at 1.00 pm, reports Focus News Agency. 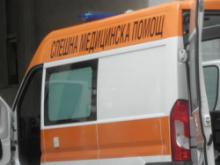 A 19-year-old girl from Radnevo stabbed her boyfriend with a kitchen knife, the Interior Ministry announced.

This happened during a scandal between the two.

The 28-year-old man is stabbed in the chest area.

He was transported to a hospital where he was placed in treatment, his condition is life-threatening. Doctors at UMHAT-Stara Zagora are fighting for his life.

Successful completion of the rescue operation in the Balkans. The people in trouble in their cars in Stara Planina - between Shipka peak and Buzludzha peak, are saved. They turned out to be 6 young people from the town of Radnevo who came to Buzludzha Peak to have fun with their cars in the snow.

Bulgarian Interior Minister Rumyana Bachvarova said on Monday there had been "provocateurs" at the protest rallies in the town of Radnevo, where tensions rose last week between ethnic Bulgarians and Roma residents.

More than 1,000 residents of Radnevo gathered in front of the Roma neighbourhood of this town in southern Bulgaria for a third straight day on Thursday to demand justice for three ethnic Bulgarians beaten by a group of Roma men in a scuffle over right of way.

Bulgarian prosecutors have requested permanent detention into police custody of four men charged with attempted murder during a scuffle between ethnic Bulgarians and Roma people in the town of Radnevo, in southern Bulgaria.

The four face jail terms of 15 to 20 years or life imprisonment if convicted.

Three policemen and four protesters suffered injuries after violent clashes broke out the rally in Radnevo, the Bulgarian interior ministry said on Thursday.

Around 2,000 people joined the protest on Wednesday evening, following an incident in which four men of Roma origin assaulted three Bulgarians in a street row on Monday.

Clashes with police were reported on Wednesday evening as around 2000 people gathered to demonstrate next to the Roma neighborhood in the town of Radnevo, Southern Bulgaria.

Bulgarian authorities detained on Wednesday 43 illegal immigrants at the dam near the village of Topolyane, located in the municipality of Radnevo.

None of them was in the possession of identity documents and they identified themselves as refugees coming from Afghanistan and Pakistan.