"How does Trump keep winning?" this is what political scientists are trying to understand. The answer to that question might explain the Turkish case as well.

Republican candidates in the White House race will face off in Nevada on Feb. 23 in a caucus that will mark the first significant test of where they stand with Hispanic voters.

U.S. President Barack Obama has held preliminary discussions with his team about whom to nominate to the Supreme Court, the White House said on Feb. 15, while accusing Senate Republicans of "bluster" for saying they would not confirm his pick.

More than half of all Turkish citizens prefer Turkey's current parliamentarian system instead of imposing a presidential system on the country, according to a survey conducted a day after the Nov. 1 snap elections by the Ipsos surveying company.

Real estate magnate Donald Trump moved to the top of the 2016 Republican presidential field in a CNN poll released on July 26, edging out rival Jeb Bush and gaining support from Republicans in the last month despite a series of controversial statements. 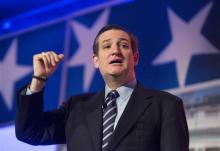 Republican US Senator Ted Cruz confirmed Monday he will run for president in 2016, the first major candidate to officially declare a bid in the next race for the White House.

"I'm running for president and I hope to earn your support!" the right-wing Texas conservative said on Twitter. 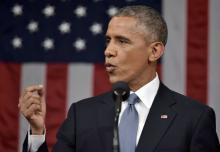 US President Barack Obama delivered on Tuesday his sixth State of the Union speech at a joint session of Congress, in which he set out an ambitious agenda.

Obama gave account of the country's improving economy and called on his Republican rivals to support reforms aimed at improving the conditions of the middle class, the New York Times reports. 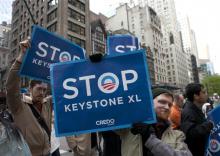 The U.S. Congress will vote in coming days on approving construction of the much-delayed Keystone XL oil pipeline, a project Republicans claim is step one in their plan for enhanced U.S. energy production.

The midterm Congressional Elections in the U.S. on Nov. 4 marked a setback for the Obama Administration, as Republicans gained control of both houses of Congress for the first time since 2006.

Republicans won control of the U.S. Senate and bolstered their majority in the House of Representatives as Americans delivered a stinging rebuke to President Barack Obama in elections Nov. 4. Obama now faces the final two years of his presidency contending with a Congress fully controlled by a party that firmly opposes his policies.