Main opposition Republican People's Party (CHP) chair Kemal Kılıçdaroğlu on July 13 said an incident in which some people dancing atop a wall above the entrance door of the Surp Takavor Armenian Church in Istanbul's Kadıköy district were provocateurs and warned against imminent similar incidents in the upcoming days.

The qualifications of the next president should be discussed instead of guessing who will be running as the opposition's candidate for the upcoming presidential race, the head of the main opposition has said, suggesting that the head of the nation should be a person who can embrace the entire 83 million of the population.

Republican People's Party (CHP) leader Kemal Kılıçdaroğlu has reiterated that the opposition coalition will select its presidential candidate after internal deliberations, denying one of his closest aide's statement that he will be the CHP's nominee for the next presidential elections. 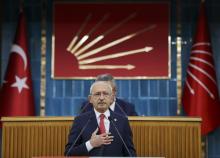 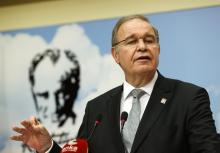 The Turkish Presidency has submitted a motion to the parliament seeking the removal of the parliamentary immunity of 20 deputies, including Kemal Kılıçdaroğlu, the leader of the Republican People's Party (CHP).

İYİ (Good) Party leader Meral Akşener on June 30 urged the government to hold a referendum for the decision to construct the Kanal Istanbul project.