Responsibility for the Holocaust

Events were held in countries across the Balkans on Wednesday to mark International Holocaust Remembrance Day, which commemorates the victims of the Nazi genocide during World War II on the day on which Soviet troops entered the Auschwitz-Birkenau death camp in Poland in 1945.

Greek President Katerina Sakellaropoulou on Wednesday marked the 76th anniversary of the liberation of the Auschwitz death camp saying that memory of the crimes committed by the Nazis during the Holocaust was necessary to prevent "the onslaught of evil."

Unknown assailants vandalized the Holocaust Monument in the city of Drama, northern Greece, on the night of December 28, the Central Board of Jewish Communities in Greece (KISE) said on Wednesday, while condemning the act.

The perpetrators sprayed a black cross and broke the base of marble at the base of the monument.

It is estimated that in the late 1930s, 45% of Germans were members of the Nazi Party or affiliated to Nazi organizations. Nevertheless, anyone who knew young Germans in the 1970s and 80s would have observed that none admitted to their families having had any involvement in this tragic chapter of German history and particularly in the Holocaust.

One of the very few Greek Jews who survived the Holocaust, Esther Cohen, has died in her native Ioannina in northwestern Greece. She was 96.

She was the only survivor in her family as her parents and siblings were killed. There are now only 20 Greek Jews that survived the Holocaust who are still alive.

She was also the second to last Jew left in Ioannina.

An exhibition entitled 'If I Forget You… The Holocaust in Croatia 1941-1945/Final Destination Auschwitz' opened in Zagreb on Wednesday, highlighting the persecution of Croatia's Jews with a special emphasis on the fate of those deported to the Nazi-run Auschwitz-Birkenau concentration camp. 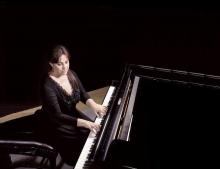 Turkish pianist Renan Koen performed at several venues in South Africa to commemorate the victims of the Holocaust and teach local youths about what happened during the tragic period through her music.

Turkish Ambassador to South Africa Elif Çomoğlu Ülgen said that during one of Koen's performances, the pianist met with more than 60 students in Johannesburg aged between 13-16.

The agency seeks to boost the profile of Hungary's fashion industry, and many of the up-and-coming designers it works with will no doubt draw inspiration from Rotschild.

In an announcement for the International Holocaust Remembrance Day, the Greek foreign ministry on Monday emphasized the need to "fight against the attempt to wilfully trivialize or even deny the blackest page in modern European history," and to honour the memory of millions of Jews, including Greeks, that "fell victim to the most heinous crime in modern history".

Greek Prime Minister Kyriakos Mitsotakis paid homage to the victims of the Holocaust during a visit to the former Auschwitz death camp on Monday, as survivors and world leaders gathered in Poland to commemorate 75 years since Soviet troops liberated it.