Timothy Harrison, a professor of Near and Far East Civilizations at the University of Toronto, has been unearthing many artifacts that shed light on history for 17 years at Tayinat Mound in the southern province of Hatay. 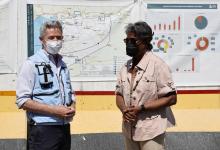 Turkey and the United States might have differences on some issues, but the two NATO allies are on the same page regarding the continuation of cross-border assistance to Syrians, U.S. Ambassador to the United Nations Linda Thomas-Greenfield told a group of journalists on June 4. 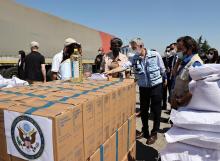 Nazhan Hamad, who fled the Syrian war to take refuge in Turkey, is teaching karate to Syrian orphans and Turkish children in the Reyhanlı district of the southern province of Hatay.

When in Syria, Namad served in the national karate team, winning three gold, two silver and one bronze medals in local competitions. 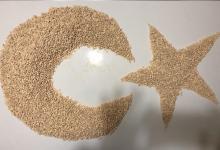 The local police team raided an address in Reyhanlı district of the province as part of anti-drug operations, said the sources, who asked not to be named due to the restrictions on talking to the media.

During the operations, two suspects were detained.

A protection zone has been designated for the endangered mountain gazelles in the southern province of Hatay, where they have been locked due to the rising border walls with neighbor country Syria.

A subspecies of Gazella Gazella, endemic to Hatay's Kırıkhan and Reyhanlı districts and some areas inside Syria, was discovered in 2008.

Yusuf Nazik, a key plotter of the 2013 attack in Reyhanlı district of Turkey's southern Hatay province, was handed down 53 aggravated life terms by a court on May 13.

Officials work on one of the scenes of twin car bomb attacks in the town of Reyhanlı near the Turkish-Syrian border in this file photo dated May 12, 2013.

A key plotter of the 2013 double car bombing in Reyhanlı, Turkey was arrested on Sept. 24, according to judicial sources.