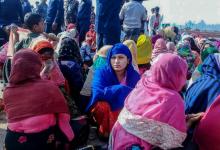 At least 14 people drowned and dozens more were unaccounted for after a boat carrying Rohingya refugees sank off southern Bangladesh early on Feb. 11, officials said.

Some 130 people were packed on the fishing trawler that was trying to get across the Bay of Bengal to Malaysia, coast guard spokesman Hamidul Islam told AFP. Seventy of them had so far been rescued.

In a sweeping legal victory for members of the Rohingya Muslim minority, the United Nations' top court on Jan. 23 ordered Myanmar to take all measures in its power to prevent genocide against the Rohingya people.

The court's president, Judge Abdulqawi Ahmed Yusuf, said the International Court of Justice "is of the opinion that the Rohingya in Myanmar remain extremely vulnerable.''

A leading global money transfer service Western Union has stopped using a military-owned bank as one of its agents in Myanmar, rights groups said.

Mulla was one of three Rohingya in the Kikinda camp near Serbia's northern borders with European Union members Hungary and Romania.

Besides the three in Kikinda, Serbia's Commissariat for Refugees says it has registered only four other Rohingya, in the summer of last year. 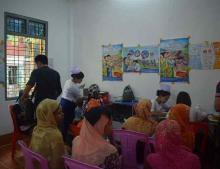 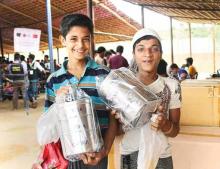 Rohingya Muslims who fled persecution in Myanmar and found shelter in refugee camps in Bangladesh have said they do not want to go back, with some even going into hiding out of fear of being sent back this week. Click through for İdris Emen's story in photos...

A Turkish lawyer on Sept. 20 filed a criminal complaint against several Myanmar officials on charges of committing genocide against Rohingya Muslims and crimes against humanity in Myanmar's Rakhine State.