Ali Daylam, a renowned name in working to better the lives of Roma people in Turkey, talked to Hürriyet Daily News before the International Roma Symposium to be held in Ankara on Oct. 22?The problems facing the Roma people in Turkey could be clustered under four headlines: Housing, employment, health and education. 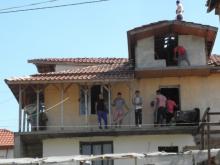 The residents of a Roma neighborhood in the Bulgarian village of Garmen are taking to the streets on Friday over the municipality's plans to go on bulldozing their homes.

Local authorities consider their protest to be illegal, with mayor Mina Kapitanova banning rallies in the central area of Garmen on Friday. 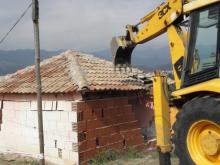 Demolition of the illegal Roma buildings in the Bulgarian village of Garmen continued on Tuesday.

Four buildings were demolished on Monday, while two more were targeted for demolition on Tuesday. 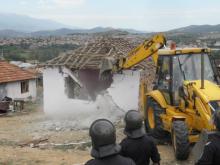 Tensions in the Bulgarian village of Garmen were renewed as four illegal buildings were demolished on Monday.

More than fifty police and gendarmerie officers guarded the officials tasked with the demolition of the illegal buildings, Darik radio informs.

Slovakia has announced it will only accept Syrian refugees who are Christians, when a new EU migrant relocation scheme is implemented, BBC reported.

According to the British broadcaster, "the country is due to receive 200 people from camps in Turkey, Italy and Greece under the EU plan to resettle 40,000 new arrivals."

Beachgoers relaxed by the beach enjoying the sun and sea when suddenly a rain of chairs and sun lounges began to fall out of nowhere as members of the romani minority got involved in a brawl. 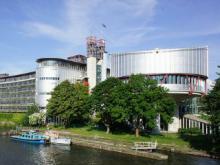 The European Court of Human Rights is hearing a case against Serbia brought by campaigners seeking to stop forced evictions of Roma families who fled the Kosovo war in 1999.

Residents from the municipality of Garmen issued a new ultimatum to Bulgarian authorities on Monday.

The residents tabled a petition with 720 signatures to the Council of Ministers, giving the authorities a deadline of one week to take an action against the illegal Roma dwellings.

The Court of Justice of the European Union (CJEU) in Luxembourg has ruled that the practice of the Bulgarian subsidiary of power distributor CEZ of placing electricity meters in districts inhabited predominantly by Roma higher than in other areas constitutes discrimination.