We are experiencing what experts agree is the biggest pandemic since the 1918 Spanish flu and the worst economic crisis since the Great Depression. It's an almost impossible combination, especially if you've just emerged from the biggest recession since World War II. 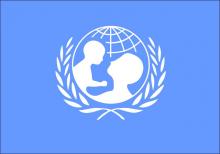 More than 117 million children worldwide could be deprived of measles vaccination within the prescribed timeframe due to a new type of coronavirus pandemic, according to the United Nations Children's Fund (UNICEF).

The Fund noted that measles vaccination is currently delayed in 24 countries due to the pandemic. 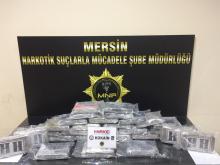 Anti-narcotics and customs officers recovered a total of 34.79 kilograms (76.61 pounds) of heroin from a ship coming from South America, according to a statement issued by the chief public prosecutor's office.

The situation is, he says, under control, adding that so far only tightening measures have been taken, and that now the easing measures is being considered.

When will we have a Covid-19 vaccine? Public-facing scientists such as the UK's chief scientific adviser, Sir Patrick Vallance, and his US counterpart, Anthony Fauci, keep repeating that it won't be before 12 to 18 months. But other voices - including some of those in the race to create a vaccine themselves - have suggested that it could be as early as June. Who is right?

Why has Spain had almost 11,000 deaths from the coronavirus pandemic while Portugal's death toll barely exceeds 200?

Ten newborn babies have reportedly caught coronavirus from infected medical staff at a hospital in Romania.

The hospital in the western Romanian city of Timisoara is under investigation by authorities after the babies tested positive for the virus, according to Romanian media reports.

Bulgaria will start the production of the medications chloroquine and hydroxychloroquine known for treatment of malaria. There has been medical evidence that they give good results in the treatment of COVID-19. The technology has already been mastered. The components needed for the production have already been ordered. The first 5,000 packages of the drugs will be available by April 20.

These are the instructions that the Ministry of Health and the Institute of Public Health "Milan Jovanovic Batut" forwarded to local governments.
Until now, patients who had no symptoms of the disease or had a mild clinical picture were treated at home.